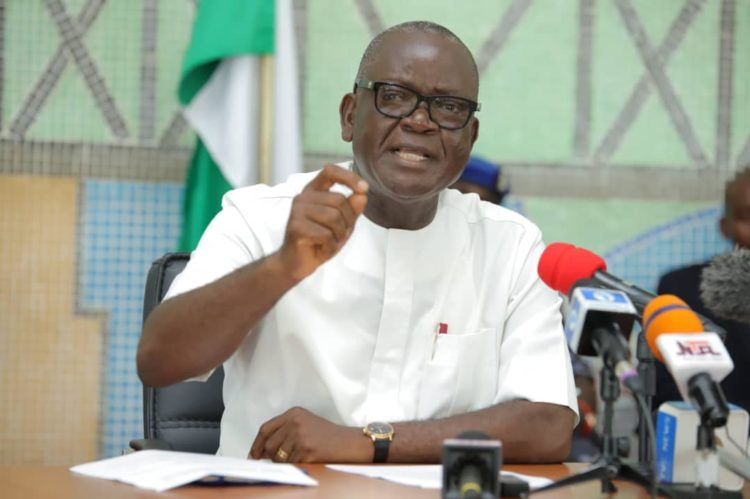 Outgoing vice chancellor Joseph Sarwuan Tarka University Makurdi (JOSTUM) Prof Anande Kimbir has identified hostility from the host community as one of the major factors hindering development in the institution.

Kimbir who disclosed this during a media briefing at the end of his five years tenure also lamented that encroachment is another major activity carried out by the host community.

The university administrator who enumerated some of his achievements said in realisation of JOSTUM mandate his administration put in place deliberate policies in core areas with high potentials for promoting human resource development in Agriculture, Science, Engineering and Technology (ASET) through teaching, research and extension services.

According to him, since assumption of office as the vice chancellor of JOSTUM on the 18th day of November 2017, he has built and commissioned the students lecture halls, offices for academic and non- academic staff, hostel accommodation for students, access roads, and a senate building which was named after him by the University Governing Council.

He said among the numerous projects executed in the institution, the most outstanding is the development of two new cowpea varieties FUAM PEA III and IV which were applauded by farmers across the country as well as the over 500 capacity lecture theatres and offices to alleviate the plight of lecturers and students who were before now sitting on the floor to receive lectures.

He said despite the appreciable success recorded by his administration in the last five years, more would have been achieved if not faced with numerous challenges including funding and staffing especially in academic departments, disruption of academic calendar by COVID-19 and incessant strike actions by university unions, hostilities from host community, and absence of Governing Council for over a year among others.