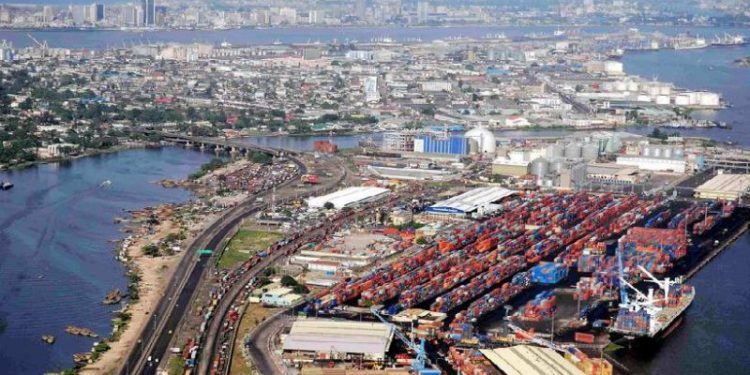 Access to the nation’s main entry ports at Apapa and Tin Can Lagos and efforts to improve on it has remained a nagging point as the government strives to effectively exploit their potentials to the fullest. The Port Standing Task Team (PSTT), set up by government in response to this challenge, is detailed to find ways of improving the traffic situation in and around the ports’ vicinity, a situation that has continued to impact negatively on other businesses in that highly commercial and industrial zone.

Part of the problem is the blockage of the routes in and out of Apapa by trucks and other unauthorised human and business activities. Even worse is the level of corruption in the area as collection of tolls, legal and illegal, render the determination of the authorities to sanitise operations in that strategic business zone almost a nullity.

It got so bad that this Presidential Port Standing Task Team became inevitable. It was mandated to ensure the immediate removal of all trucks from the bridges and roads within Apapa and all adjoining streets leading into the axis and the development of an efficient and effective management plan for the entire port area traffic, including the cargo, fuel distribution and business district traffic.

Similarly, the Task Team was detailed to enforce the permanent removal of all trucks stationary on the highway, while ensuring that there is no impediment to traffic flow either by security agencies, customs or non-state actors within the port corridor.

Perhaps, in recognition of the illegal toll collection earlier mentioned, the Task Team was also mandated to remove all extortionist and illegal traffic control groups around the Port operations. To facilitate its success, the government also mandated the PSTT to ensure all trucks and tanker operators vacate the port access roads within 72 hours, ensure the immediate withdrawal of all Nigerian Navy and other military formations from traffic management in and around the Apapa axis, as well as dismantle military and paramilitary checkpoints in front of the ports and its environs.

To achieve this, it is pertinent to stress that the number of enforcement team and checkpoints attending to trucks on the road ought to be reduced while the pervasive extortion of truckers be totally eliminated. If this is achieved, the total number of days trucks waste on the road due to these extortionist tendencies will, in our view, be reduced. We think this is important because solving the problem of ships and other problems in the port without addressing the problem outside the ports will be counterproductive.

The initial timeline for the assignment was one year but applying the required initiative, competence, knowledge, technical knowhow, passion, and vision, the task team was able to make an appreciable impact that it was permitted to continue to add value to the port operations through an extension of the timeline given to it at inception.

Like other specialised agencies of government, it is beginning to be bugged down by bureaucratic interference in a way that is hamstringing the zest that earned it the commendation of the appointing authorities. We are compelled to point out that the challenges the team is confronted with are not altogether peculiar as most other government institutions face similar obstacles.

However, we are of the opinion that for such a team that was mandated to confront older and more established agencies, some of them with security background, it is important that its powers be clearly defined and its operational flexibility determined to avoid clashes that often occur. We recall that the government extended the lifeline of this agency based on its demonstrated competence and active delivery of values.

This newspaper is of the opinion that the government may consider giving that lifeline extension the force of law by documenting it in the form of a gazette. This, in our considered opinion, is necessary so as to enable the team to resolve issues of law that impinge on its effectiveness. Often, the team, during its operations, is restrained by this legal lacuna. It is our considered opinion that a legal instrument ought to be put in place to enable the team to do its job of clearing the confusion that has continued to make Apapa unable to play its designed role in the economy as home to one of the largest ports in the West African sub-region.

In our opinion, it is pertinent for the authorities to make this happen, and also provide the team with the tools it needs to do the work. It may not be out of place if other government maritime agencies are co-opted to participate in funding this team given the enormous responsibility it is made to shoulder which is helping to stimulate the economy.

We insist that enhanced funding processes as well as the provision of logistics will sustain the modest successes so far recorded. It is our opinion that no cost is too much to open up access to Apapa business district. To this end, therefore, and as the new minister of Transportation, Alhaji Muazu Sambo, assumes office, he may consider it urgent to empower the Task Team enough to enable it function effectively.