by Tunde Oguntola and Orjime Moses
in Politics
0 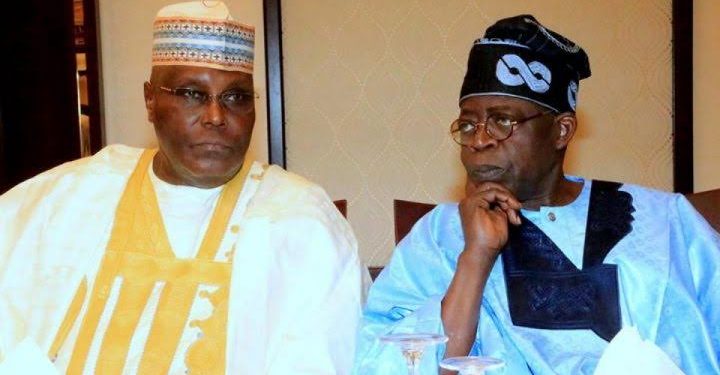 Minister of Works and Housing, Babatunde Fashola, has told the presidential candidate of the All Progressives Congress (APC) Bola Tinubu and Peoples Democratic Party (PDP), Atiku Abubakar to calibrate and return to issues affecting the common man instead of its recent unwarranted fisticuffs.

He told them that Nigerians are rather interested in issue-based politics.

Atiku said Tinubu lied when he denied lobbying to be his running mate in the 2007 presidential election.

Tinubu, however, said Atiku has lost his moral compass.

Atiku started the tit-for-tat between both candidates when he first made the accusation last week. Tinubu replied, saying he never lobbied for it but was instead offered by Atiku.

In an interview on Channels Television’s ‘Sunday Politics’, yesterday the minister said Nigerians are more interested in how they can achieve prosperity and issues that bother them like security, education, and economy.

He, however, said Asiwaju is the man for the job. He also said his relationship with him remains cordial.

On the Muslim-Muslim ticket choice of the APC, he said religion should be left private. “Religion should leave the public space,” adding that religion is private.

He also argued that those killing and kidnapping are extremists. “They are not members of our faith,” he added.

Fashola said the current administration has done a lot even amidst COVID-19 and the scarcity of resources caused by a war Nigeria doesn’t know about.

On roads, he assured that the Second Niger Bridge and the construction of the Lagos-Ibadan Expressway will be completed in December.

He said the 127 kilometres road would be ready before Christmas, adding that this was, however, subjected to a lot of variables.

“The expected completion of this road will be in the last month of this year. We are hoping that we will be done before Christmas and that is subject to a lot of variables.

On the performance of the President Muhammadu Buhari administration on infrastructure in the last seven years, Fashola also said the current administration was dealing with a lot of contracts which he could not name all on air.

“We have housing projects, roads in Efon Alaye, Hadejia, Lafia, there is a lot, even if I was a computer, I can’t say everything here,” he said.

He added that the government is returning tolling to the Lagos-Ibadan Expressway upon completion of the rehabilitation of the highway.