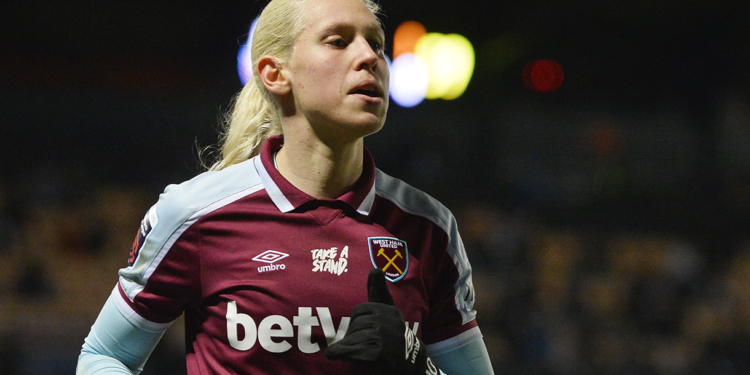 Chelsea Women have confirmed the signing of Czech international, Katerina Svitkova, on a three-year contract ahead of the 2022/23 season.

A statement released by Chelsea to confirm the deal reads; “Chelsea Women are delighted to confirm the signing of Czech international Katerina Svitkova on a three-year contract ahead of the 2022/23 season.

“The 26-year-old joins us from West Ham United and will head into pre-season training with the squad later this summer ahead of the tour to the US. Svitkova will wear shirt number 13 for the Blues.

“A formidable attacking-midfielder, Svitkova already has two years of Women’s Super League experience, playing across London for West Ham United since 2020 where she made 34 appearances and scored five goals.”

Prior to playing for the Hammers, the Czech international resided at Slavia Prague where she had an impressive 188 goals to her name in 177 appearances, quickly becoming the Czech First Division’s top scorer in both 2016/17 and 2017/18 seasons.

Svitkova also gained significant European competition experience representing Slavia, and went on to be shortlisted for the 2018/19 Champions League Goal of the Season for a 35-yard strike in the quarter-finals against Bayern Munich.

She was also crowned Czech Footballer of the Year a remarkable four times between 2015-2020.

The midfielder also has a respectable international career to date, having made her senior debut at 17-year-old for Czech Republic in 2014 against Italy in the FIFA World Cup qualifiers. Svitkova has made 31 appearances with 17 goals to her name at international level.

On joining Chelsea, Svitkova said: “I am living my dream! I have wanted to play for this club my whole life having supported the team since childhood and I really appreciate this exciting opportunity.

“Chelsea is a huge club with amazing history for both the men’s and women’s teams. They have the best players and coaches and I can’t wait to meet everyone.

“Chelsea also has the best fans and I can’t wait to meet them at Kingsmeadow. I want to win everything, and I know that with Chelsea it is possible!”