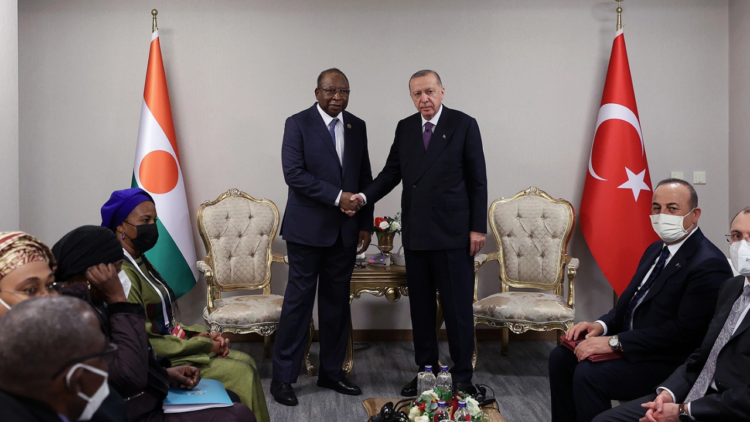 Members of the Nigerian Council of Registered Insurance Brokers (NCRIB) have been admitted into the Turkiye & Africa Trade and Investment Council (TATIC).

Speaking at the induction and business parley between the delegation of the NCRIB, led by the council’s president, Mr. Rotimi Edu, and select members of TATIC in Istanbul, Turkiye, the chairman of the Council, Muhammed Ali Cankatar, noted that, TATIC is a professional organisation that promotes trade relations and investments between Turkiye and countries of the African continent.

He noted that, it is the world’s fastest growing business network, from which the NCRIB would extract significant value for its members.

He noted that, the admission of the council’s delegates as pioneer, members in Nigeria would give the inductees the required leverage to take advantage of the fast growing Turkish Trade and Investment market.

Cankatar opined that, “Africa is becoming an actor that plays significant roles in the international system and that the shared historical experience of Turkiye and the continent, has made the need for strategic partnership between TATIC and viable professional institutions and groups like the NCRIB a compelling necessity.”

Giving a virtual goodwill message at the event, the commissioner of Insurance, Mr. Sunday Thomas applauded the NCRIB under the leadership of Mr Rotimi Edu for introducing international dimensions to the desire of the Commission to accelerate insurance growth and penetration in Nigerian and abroad.

Earlier, Mr Edu, in a speech, said insurance broking, being a global profession must continually see beyond local confines, to fully maximise the potentials of operators through profitable synergies, for their required technical and professional skills.

Edu promised to give the required footing to TATIC in Nigeria by rallying more of its members to join the group, as well as facilitate the required collaboration between it and other progressive trade associations in the country.

In the course of the trip, the delegation of NCRIB also visited the Insurance Association of Turkiye, an umbrella body for Insurance, Reinsurance and Pension companies in Turkiye where they were received by the Association’s President, Atilla Benli.

Benli noted that the insurance market in Turkiye has some similarities with that of Nigeria with motor insurance being the highest insurance policy purchased.