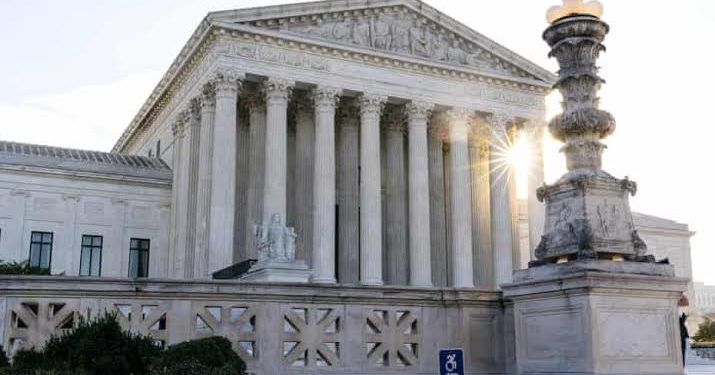 The US Supreme Court has overturned Roe vs. Wade, the landmark ruling that granted the right to abortion for nearly five decades in the United States.

In a decision released on Friday, the country’s top court ruled in a Mississippi case that “the Constitution does not confer a right to abortion”. The justices voted 6-3, powered by the court’s conservative supermajority.

“The authority to regulate abortion is returned to the people and their elected representatives,” the ruling reads.

The decision follows a leak last month of a draft opinion indicating that Roe v Wade would be overturned. That sparked widespread protests and condemnation across the US, with reproductive rights advocates saying millions of women would no longer have access to abortion services.

More than two dozen US states are likely to ban abortion now that the 1973 legal precedent has been overturned, according to reproductive rights group Guttmacher Institute, a move that rights groups said disproportionately harms low-income women and communities of colour.

In Friday’s ruling, the justices held that the 1973 Roe v Wade decision that legalised abortions performed before a fetus would be viable outside the womb – between 24 and 28 weeks of pregnancy – was wrongly decided because the US Constitution makes no specific mention of abortion rights.
The Roe v Wade decision had argued that the right to personal privacy under the US Constitution protected a woman’s ability to terminate her pregnancy.

Conservative Supreme Court Justice Samuel Alito, in the opinion issued on Friday, wrote that Roe and Planned Parenthood v Casey were wrong the day they were decided and must be overturned.

“We hold that Roe and Casey must be overruled. The Constitution makes no reference to abortion, and no such right is implicitly protected by any constitutional provision,” Alito wrote.

While chief Justice John Roberts also voted in favour of the decision, he wrote that he would have upheld the Mississippi law at the heart of the case – a ban on abortion after 15 weeks of pregnancy – and stopped there.

“With sorrow – for this Court, but more, for the many millions of American women who have today lost a fundamental constitutional protection—we dissent,” they wrote.

Opinion polls show a majority of Americans support abortion rights. But overturning Roe has been a goal of anti-abortion activists and Christian conservatives for decades, with annual anti-abortion marches taking place in Washington, including in January of this year.