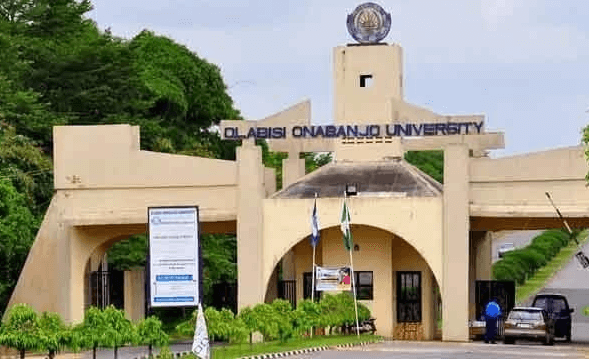 Operatives of the Ogun State Police Command on Thursday, arrested a 400-level student of Olabisi Onabanjo University (OOU), Ago – Iwoye, Victor Oluwatimilehin for attempting to kill a policeman on a stop and search duty along the Ijebu Ode – Ibadan federal highway in the state corridor.

The command’s Public Relations Officer (PPRO), Abimbola Oyeyemi, who confirmed the arrest of the suspect, said the victim, a Mobile Policeman attached to MOPOL 71 in Awa Ijebu, in the Ijebu North Local Government Area of the state, had flagged down the suspect for a check “since the occupants were not visible from outside”.

Rather than stopping, Oluwatimilehin, whose Toyota Camry car was loaded with some house properties and heading towards Ibadan in Oyo State however, increased the speed of his vehicle and eventually knocked down the police Inspector and continued his journey towards Ibadan, believing that the policeman was dead.

“The seriously injured policeman was rescued by his other colleagues. He was taken to the hospital for treatment while others started tracing the suspect towards Ibadan road. He was eventually arrested at a village close to Ibadan and brought down to Ijebu Ode Area Command”.

Oyeyemi however, disclosed that the command’s Commissioner of Police, Lanre Bankole has ordered that the suspect be charged to court as soon as investigation is concluded.

“He also warned that attacking his men while on duty will not be tolerated, therefore, members of the public should desist from such criminal acts”.