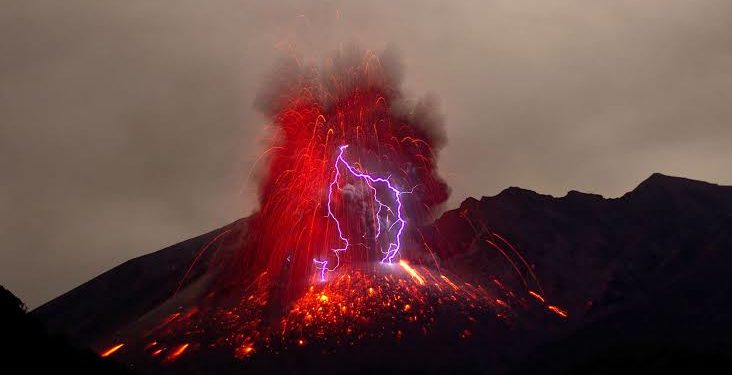 A lecturer, Prof. Uriah Alexander Lar, of the Department of Geology, University of Jos (UNIJOS) has warned of the danger posed by dormant volcanoes in Plateau State.

Lar said some reported successive minor volcanic activities within the Cameroon were pointers to the possibility of the reactivation of some dormant volcanoes in Jos where there were over 22 sites.

He said once they erupted, they could cause damage of 10 to 20-kilometre radius.

Consequently, the don called on the federal and state governments to assess the hazard level of some of these volcanoes via satellite for effective monitoring, disaster preparedness and land use planning as more people live and farm in these potentially endangered volcanic prone areas, unaware of the inherent risk.

Lar who spoke to LEADERSHIP in Jos, the state capital, argued that volcano sites could be dormant, but it did not mean that such could not erupt.

He explained that they had seen in Italy where volcano that was inactive for almost 1000 years had come back to live saying with that curiosity, he did some work around Kerang in Mangu, Miango in Bassa and Kassa in Barki Ladi LGA and many other places and discovered from his studies that most of these volcanoes erupted many years ago.

“When you look at the geological time, the last time it erupted was very recent and from studies it is very possible that these volcanoes can roar back to live. Investigation carried out by my team at Pidong volcano lake down to Kerang revealed that there were some activities happening in that Lake where sometimes there was gas coming beneath the earth which showed that there was something down deep that was very active that had not been able to come to the surface yet.

He said, “We have some accumulation of gas, we are afraid just like what happened in Lake Cameroon when it erupted leading to the death of so many animals and humans that prompted them into the research work.”

In its reaction, the state government through the commissioner for Information and Communication, Dan Manjang, said although people were using the sites as sources of water as well as carrying out farming activities.

He described it as an eye opener to them as government’s relevant ministry would be sent to assess the area in view of what happened in Southern Kaduna particularly in Kwai recently.

“We will organise sensitisation workshop for community leaders and beyond that, the federal government should also partner with the Plateau State government to make sure that in an event that it erupts, the disaster will be minimal.

In his reaction, North Central coordinator of the Civil Liberties Organisation (CLO), Comrade Steve Aluko, said where ever you have volcanic sites, it is just a matter of time they would erupt.

He lamented that despite experts warning or reports, the government had not taken any action to avert the looming danger. Aluko added that it was also regrettable that the people themselves were silent on issues that concerned them.

Aluko argued that the best way is to mobilise the people so that the government would see reasons rather than sheading crocodile tears after disaster might have struck.

Aluko said the best way is that this should be a wake-up call to government structures, local, state, federal government, community and religious leaders.