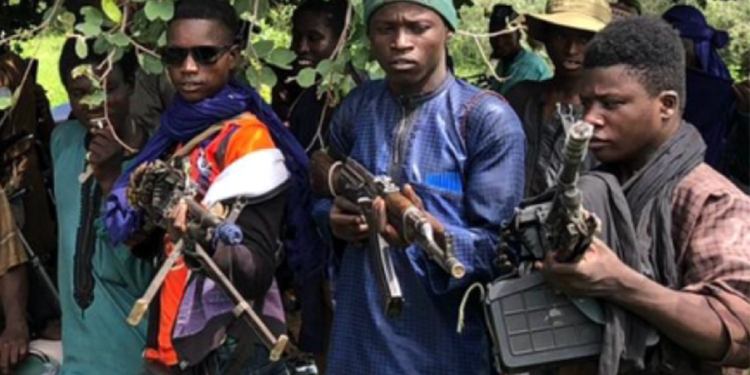 A former managing director of the Kaduna State Media Corporation (KSMC) and a community leader in the banditry-ravaged Birnin-Gwari local government area of Kaduna State, Alhaji Zubairu Idris Abdulra’uf, has said that the farming communities in the local government area have paid over N400million as taxes to bandits for them to be able to farm and harvest their farm produce in the last two years.

This was just as he disclosed that, the people of Birnin-Gwari Emirate have already been pushed to the wall by the bandits and the people have embraced and already adopted the self-defence option as suggested and directed by the Zamfara State governor, Bello Mattawalle.

Abdulra’uf said in an interview with journalists in Kaduna on Thursday, that the incessant attacks on his people had completely paralyzed economic activities in their rural communities and made traveling in the area so difficult or even impossible in some places.

According to him, “we have reached the point of no return. People are being pushed to the wall. Just yesterday, Randegi is one of the areas where these bandits have their routes through Zamfara State to Niger State.

“Yesterday, the people of Randegi confronted these bandits who tried to overrun Randegi, a farming community, and they succeeded in dislodging these bandits. So, I think our people are now ready if the government cannot perform its constitutional function.”

The community leader, who is also a former broadcaster with a German radio station, DW, said the bandits have, for over two years, imposed tax on the Birnin-Gwari farmers, adding that, “yes, N200 million was paid to bandits in Randegi district alone.”

He added, “When you talk of Birnin-Gwari Local Government as a whole, it is between N300 million to N400 million or more paid to these bandits.

“There are three stages of paying these taxes to these bandits. You have to pay pre-season and mid-season when the crops are about to start yeilding. You will pay these bandits because they will not allow you to have access to your farm.

“Then, at the end of the season when you are harvesting, you will give these bandits money before you access your farm.

“And when you access your farm after paying these taxes, they will now tell you that apart from giving them money, you will give a ratio of two bags of every 10 bags of all the assorted grains you harvest.

“For the past three years, this is what Birnin-Gwari people have been enduring and we are now in a state of hopelessness and frustration. When people are frustrated, they will now look for the best option for themselves, which is to arm themselves if the government cannot protect them.

“We are living in a situation where people can no longer work or even travel one kilometre from Birnin-Gwari town to other areas and it is the same thing that we have in all the districts in Birnin Gwari (Emirate).

“If something is not done, we are going to have food crisis. Birnin-Gwari Gwari used to produce at least 700 metric tonnes of assorted grains but now people cannot access their farms.

“There are many cases, since the beginning of this rainy season, that people are being abducted on their way to the farm and even the cattle they use for farming are being collected from them,” he said.

It would be recalled that, the State Commissioner for Internal Security and Home Affairs, Samuel Aruwan, had during the presentation of a security report in 2021, confirmed that, bandits were taxing farmers in parts of Birnin-Gwari, Giwa, Igabi and Chikun local government areas of the State, to grant them access to their farms.

It will also be recalled that a terrorist group known as Ansaru banned political activities in some communities of Birnin-Gwari local government area and vow to cause mayhem if the directive was not adhered to.