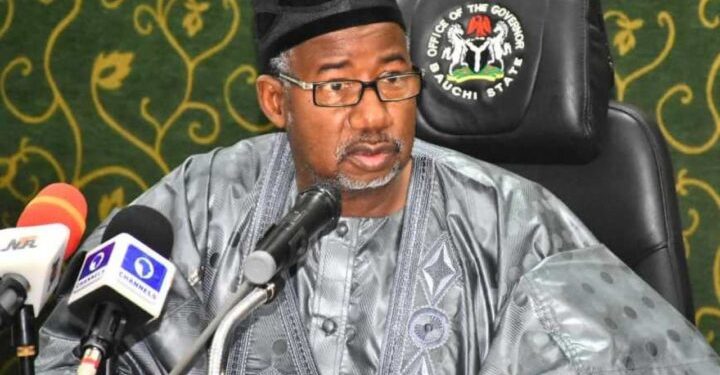 Bauchi State governor, Bala Mohammed, did not withdraw from the presidential race for Vice President Atiku Abubakar because he feared it could fractionalise the party, a source close to the erstwhile Peoples Democratic Party (PDP) presidential aspirant revealed yesterday.

The source also added that Mohammed considered the pressure from some quarters for aspirants to step down as offended everything he has stood for, adding that stepping down in the manner that Sokoto State governor, Aminu Tambuwal did would amount to disrespecting members of one’s team and indeed betraying them.
Recall that Tambuwal barely minutes before voting started at the PDP presidential primary election, withdrew from the race and asked his supporters to vote for Atiku. Another aspirant, Investment Banker Mohammed Hayatudeen, also withdrew much earlier.

Their withdrawal was linked to pressure from some northern leaders on all aspirants from the region to pave the way for Atiku to emerge as PDP candidate.
However, giving insight into why Mohammed refused to withdraw from the presidential race, the source who is close to the Bauchi governor said “Each aspirant had his own agenda driving him. Stepping down would presuppose that the various agenda would have been discussed and aligned before such a decision. To simply step down peremptorily would mean accepting wholesale, the agenda of the beneficiary of such a decision.

“Apart from representing a vision, no aspirant comes to an election alone. It would amount to disrespecting members of one’s team and indeed betraying them, to mount the podium, as Tambuwal did, to announce stepping down, without any discussion with key stakeholders of one’s team. Bala Mohammed is a team player who genuinely carries members of his team along.

“Wrong timing: With pressure on the aspirants from a certain section of the country, in the full glare of the public, to step down for Atiku, Bala saw it as offending everything he has stood for, as a nationalist and constitutionalist.
no section of the Constitution was breached, to him, such a public show would further polarize the country as it has indeed done.

“A review of Bala Mohammed’s celebrated nationalist role in the ascension of President Goodluck Jonathan to the presidency will explain why, under the circumstance of Wike’s push, it would have been very difficult for him to step down in a manner that could be interpreted as checkmating an aspirant because of his origin. For the avoidance of doubt, Bala Mohammed had moved against opposition to Jonathan’s ascension to the presidency by moving the historic Doctrine of Necessity Motion that gave Jonathan the legitimacy to step into the office President, first in acting capacity and subsequently, in substantive capacity.

“One only needs to see the protests of Wike, to appreciate the damage done to party unity and the unity of the country by such a brazen display of parochial political strategy.

“Bala also loathed the possibility of going into the election fractionalized, a development that will give the ruling APC a roller coaster to retain the presidency.

“Obviously, Atiku understands the implications and has quickly swung into action to douse the tension and restore a semblance of unity, going forward,” the source added.0