Why I Support Tinubu – Afegbua 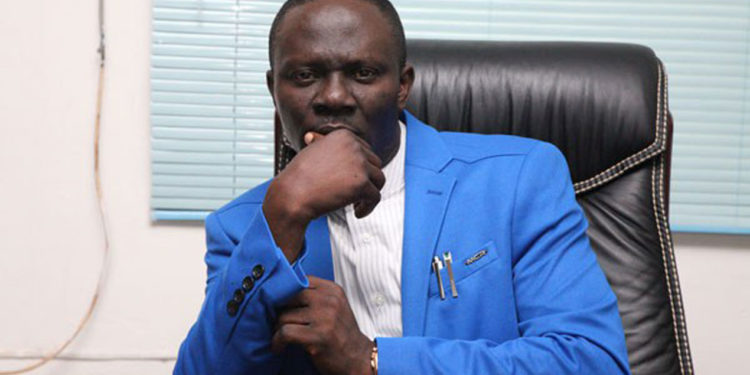 A Peoples Democratic Party (PDP) chieftain from Edo State, Prince Kassim Afegbua, yesterday threw his weight behind the presidential candidacy of Asiwaju Bola Tinubu of the All Progressives Congress (APC).

Afegbua in a statement congratulating Tinubu said hailed the APC Northern Governors for what he called their patriotic, nationalistic and magnanimous politics of inclusion at the last convention where they insisted that the presidency should shift to the South after President Muhammadu Buhari’s tenure.

Afegbua said, “The emergence of Senator Bola Ahmed Tinubu therefore, is a celebration for the entire Southern Region, and a further testament to a robust political engagement towards building a stable polity.

“Further, I congratulate Senator Bola Ahmed Tinubu for his emergence as the APC candidate after many intrigues, gerrymandering and horse-trading.

“The point must be made that Bola Ahmed Tinubu, 70, has wider political experience and skills than Alhaji Atiku Abubakar, 76, who has been contesting for president since 1992. During that period, Ahmed Tinubu was elected Senator of the Federal Republic. In 1999, Bola Tinubu was elected as Governor of Lagos state, where he served till 2007. His work experience coupled with his legislative and executive experiences, have better prepared him for presidential responsibility.

“Alhaji Atiku does not have executive prowess; even his role as Vice President in charge of the privatisation policy of the Obasanjo administration still left many unanswered questions.

“So, what the APC has done by the emergence of Bola Tinubu, is giving justice to the South; which judgment the PDP denied her. In the spirit of geopolitical balancing, the Presidency in 2023 is better suited for Southern candidates, in sync with the position of the APC Northern Governors. Those power oligarchs in PDP who condemned zoning, have suddenly started looking for a Southern candidate for Vice President. That is the height of double standards and hypocrisy of some PDP chieftains who subterraneanly worked for the emergence of Alhaji Atiku Abubakar against the run of play.

“With a Bola Tinubu and Peter Obi as two dominant Southern candidates coupled with other candidates, the electorates have a wide range of qualified candidates from which to make their choice. At the risk of sounding superfluous, it needs be stated that Bola Tinubu is not just a formidable candidate, but one who has built persons and sustained alliances across the socio-political divides in this country.

“Bola Tinubu does not abandon his lieutenants and followers, before and after prosecuting any political battle, unlike Atiku Abubakar that would always abandon his footsoldiers at the most critical time. Be assured that Atiku Abubakar will run away to Dubai again after his defeat in 2023. Aside from being a tested war-horse who has fought many political battles successfully, Bola Tinubu is a pan-Nigerian who is liberal and generally de-tribalised. His trajectory is loaded with anecdotes of his major breakthroughs in situations that are almost unassailable. I therefore commend the APC for being sensitive to the aspirations of geopolitical balancing with their choice of a trusted, tested and rugged hand, in Bola Ahmed Tinubu.

“I maintain my earlier position that after a Buhari presidency, the best bet for this country, is to have a Southerner succeeding him; as eloquently attenuated by the APC Northern Governors. Those who manipulated the PDP convention through subterfuge, betrayal and machiavellian doctrines, will have to contend with serious challenges ahead in the campaigns. You cannot plant injustice and harvest justice, and vice-versa. Those who planted political whirlwind, must harvest multiple whirlwind in the run up to the election. The APC candidate, Bola Tinubu, is in a world of his own. You may choose to ignore or underrate him at your own peril. In the next few days, I will make known my position; needless to mention that my support for Southern presidency remains unequivocal and unassailable,” he said