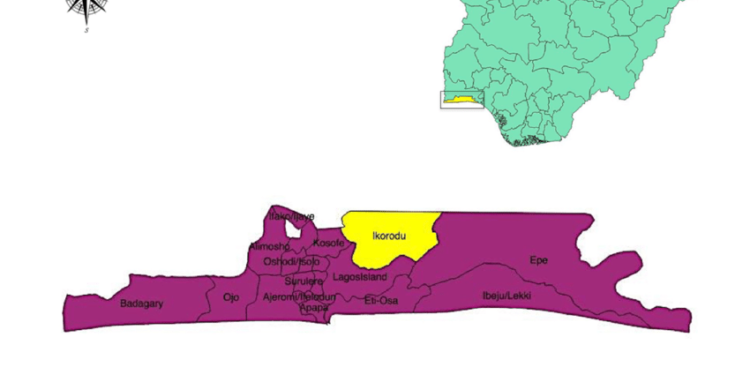 Lagos State government has reiterated its commitment to the reduction and elimination of Hepatitis scourge in the state by deepening public sensitization and awareness as well as providing free screening and vaccination programme.

After an awareness walk around Alausa-Ikeja community yesterday to commemorate the World Hepatitis Day in Lagos, the permanent secretary, Ministry of Health, Dr. Olusegun Ogboye noted the determination of the State Government to align with the T.H.E.M.E.S. goal targeted at improving the prevention, control and management of diseases.

Ogboye said, “Lagos State government is determined more than ever to bring this scourge of Hepatitis to an end by providing free Hepatitis awareness, screening and vaccination program which aligns with the State THEMES goal targeted at improving the prevention, control and management of diseases while reducing the incidence and impact of public health emergencies.”
Explaining that hepatitis is an infection of the liver which causes liver inflammation and damage, the permanent secretary said that the commitment of the present administration of Governor Babajide Sanwo-Olu towards prevention, care and treatment of Viral Hepatitis in Lagos has been great through both political and financial supports with the sole aim of improving the overall health indices of Lagosians and ensuring a universal health coverage, built on sustainable primary health care system.
The permanent secretary said the theme of the Year 2022 World Hepatitis Day commemoration, ‘Bringing Hepatitis care closer to you’, connotes that Hepatitis is a killer disease that waits for no one adding that it is a reminder of the urgency to end Hepatitis by “bringing Hepatitis care closer to citizens through awareness, prevention, diagnosis and treatment.

“The theme is also reminding us of the commitment to eliminate Viral Hepatitis as a public health menace by reducing its incidence and mortality rates by 95 per cent and 65 per cent respectively by 2030 which is achievable”, he said.

Ogboye noted that the state government through the Ministry of Health has demonstrated a health approach to management of Hepatitis across the cascade of screening, diagnostics and treatment including; free screening of patients using WHO-prequalified rapid test kits for Hepatitis B and C.

7 Incredible Health Benefits Of Strawberries And Why You Should Eat More... Click Here For Details
Tags: HepatitisLagos
SendShareTweetShare
Previous Post