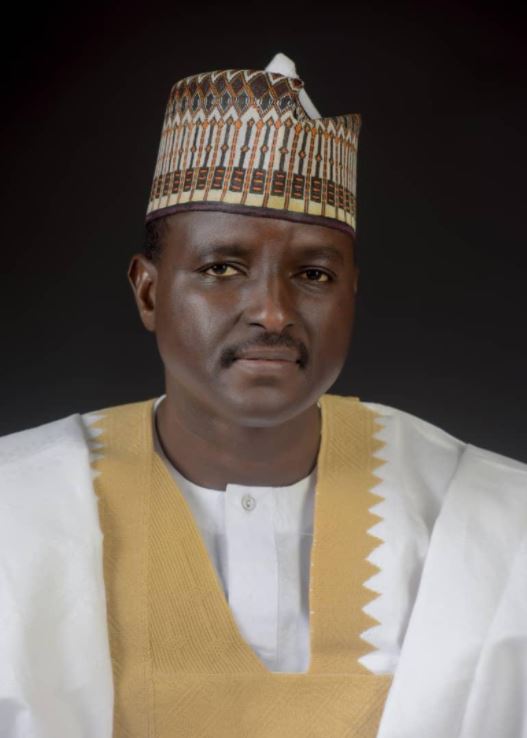 All Progressives Congress (APC) senatorial candidate for Yobe North, Bashir Sheriff Machina, yesterday insisted that he would not step down for Senate President Ahmed Lawan who currently represents the zone in the Red Chamber.

Machina, who featured both on LEADERSHIP Podcast and Channels Television programme, “Politics Today”, said he has formally written to the APC national leadership on his refusal to withdraw for Lawan.

But the APC senatorial candidate said he won’t bow to pressure from the party to surrender the ticket, adding that there is no provision in the party’s constitution for a person who didn’t participate in the party primaries to be given the ticket.

He stated that he didn’t fill the voluntary withdrawal form because he had no intentions of withdrawing from the race.

He said, “Surely, I am not going back. I wrote letter to the party to say I am staying in the race. There is nowhere in the party guidelines that says the ticket should at any time be given to some one that didn’t participate in the primary,” he said.

Machina denied being sponsored by the Yobe State Governor Mai Mala Buni, noting that he was duly elected by delegates despite being the sole candidate.
Stressing that he was not a consensus candidate, Machina said party officials from national secretariat, Independent National Electoral Commission (INEC) officials and security operatives were present during the primaries.

He said, “The voluntary withdrawal form was attached to the nomination form which was a about 16 pages. form 15 is withdrawal form, so I simply left it. I didn’t fill it because

I felt I was not going to withdraw from the contest.
And there is no place in the form that says he must fill all the forms.”

He said Lawan didn’t believe he wants to return to the Senate hence his decision to contest for the presidency.

Machina said as much as Lawan was elected Senate President because Yobe State was lucky to get the position, he (Machina) is Lawan’s senior in politics, having emerged a lawmaker in 1992 on the platform of Social Democratic Party (SDP) and national auditor of PDP in 2002.
Stressing that he is more experienced than Lawan, Machina said his people “genuinely know that as one of the senior members of the party, I am the one that can represent them in the National Assembly.”

Machina has said he is confident of winning Yobe North senatorial election in 2023, as he was elected by the people and that his party has a strong majority in Yobe State to win.
He also said he is the frontrunner for the APC by-election in North Yobe, so there is no question of anyone else running for office.
He added that he was assuring his constituents and Nigerians that the by-elections were valid and that he was a credible candidate nominated by the APC.
He also said that he needed to be a senator to modernise his representation as a young man considering the length of time that Senator Ahmed Lawan has been running for office.
He also promised to conduct a fair representation that would make things easier in a short period of time, because he was sure he had the skills to build from where Ahmed Lawan stood.

According to him, he is a loyal politician who has been in the party for 30 years, but according to him, the party has its own set of rules and regulations. follow the conduct of the by-elections until he wins, so the APC will never come and say something that goes against its norms.
He said Lawan had followed the rules to run for the presidency under the APC, and that he had followed the same rules until he was elected as a candidate for the North Yobe State Senate.

He said if he gets the chance to be a senator from North Yobe State, he will try to mobilize the people to provide security in his state. He acknowledged that the security situation could not be resolved without the cooperation of the security forces and the general public.