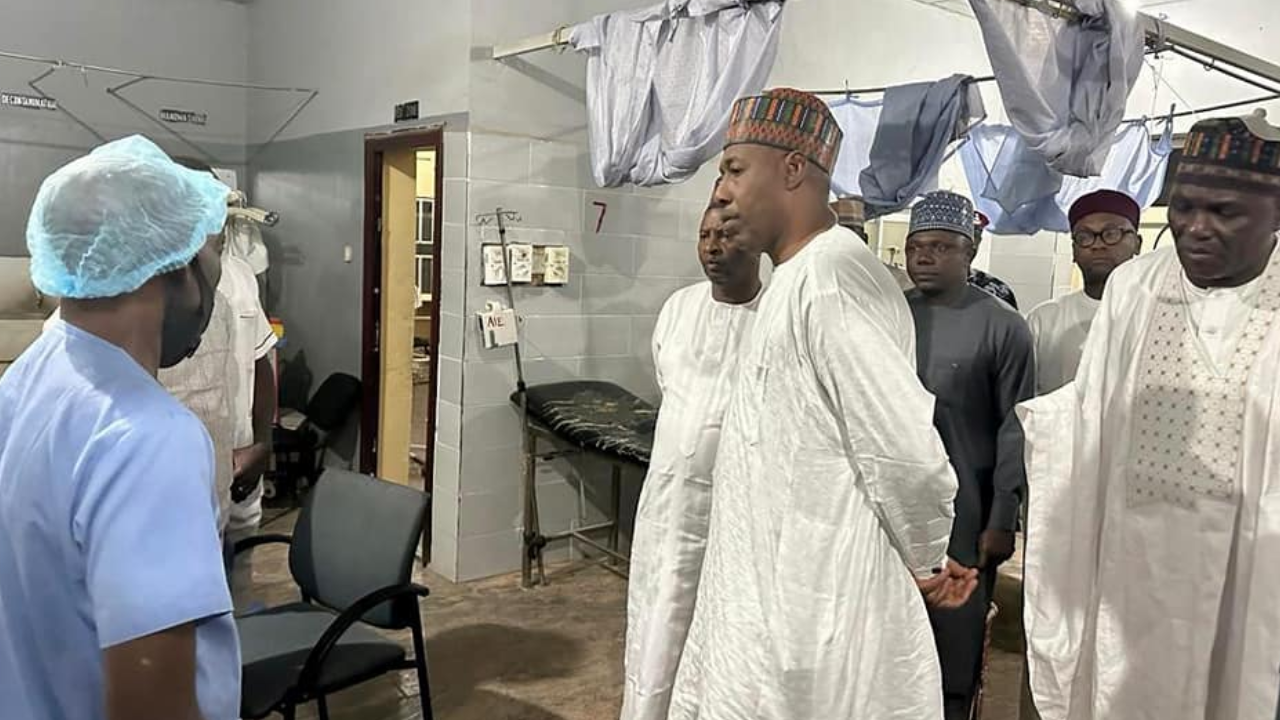 Borno State Governor Prof. Babagana Zulum, showed up unannounced at two hospitals in Maiduguri at about 10pm on Friday and found patients in darkness due to power failure that had lasted for days.

He was at the Umaru Shehu Ultra Modern Hospital and Fatima Ali Sheriff Maternity Hospital, both around the densely populated Bulumkutu communities in Maiduguri.

The governor decided to drive from the airport straight to the hospitals while on his way from Abuja after he got hint that the hospitals were in blackout.

He confirmed that patients were in darkness because there was lack of diesel for the standby generators.

Both hospitals rely on generators because of lack of electricity from the national grid since Boko Haram destroyed electricity equipment along the Maiduguri-Damaturu highway.

The governor those in charge of the generators at both hospitals some  questions which led to his confirmation that the generators only lacked diesel.

“It is very unfortunate that no official either from the hospital management board or the Ministry of Health drew my attention to this outage.

“If we can power our streetlights constantly, I see no reason why we cannot power our hospitals,” he said and directed that available diesel meant to power generators at the Government House, Maiduguri, where he lives, be immediately transferred to both hospitals, pending his meeting with Ministry of Health officials to find solution.

As part of measures to ensure sustainable electricity in both hospitals, the governor directed an upgrade of existing solar-powered units at Fatima Ali Sheriff Maternity Hospital.

I Will Fight Insecurity With Technology If Elected–LP Candidate

I Will Fight Insecurity With Technology If Elected–LP Candidate