2023: Nigeria Does Not Need A Messiah As Next President – Kukah 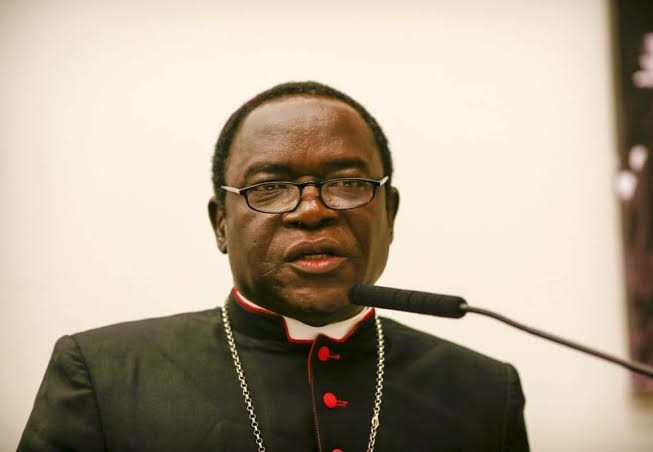 Catholic Bishop of Sokoto Diocese, Matthew Hassan Kukah, has said Nigerians do not need a messiah as their next president in 2023.

He stated this yesterday at the high-level forum on political communication and issue-based campaigns ahead of the 2023 general election organised by the National Institute for Legislative and Democratic Studies (NILDS) in partnership with the Kukah Centre.

Kukah said, “Our diversity as a people has not been well managed, politicians must ask questions on what they want to be known for.”

The eminent cleric said politicians and candidates must go beyond telling Nigeria they would fight corruption to addressing issues that affect the citizens’ wellbeing.

According to him, “our identities are not the problems, identity has been weaponised by politicians. Religion should not ordinarily be a problem. But politicians have made an issue out of it. The issue that should form the basis for the next election must be outlined.

“We should not be talking about Muslim-Muslim ticket. We need to re-imagine Nigeria. As I speak, my nephew and their driver have been kidnapped. They’re asking for about N50 million. I have spent N30 million and I am not ashamed to say it. I don’t feel safe.

“We need to protect this country. We’ve passed the Electoral Bill. That’s just the beginning. We need to convince Nigerians that their votes will count.

“You can tell Nigerians about the Electoral Act. But they need to be sure. We don’t need a messiah as Nigeria’s next president. The next election is about every Nigerian finding a seat in the tent,” he said.

On his part, the Senate President Ahmed Lawan lamented that for the first time since 1999, “our campaigns have moved from substantive issues to inconsequential and sometimes vile vituperations.”

“Rather than unite us”, Lawan said politics had become a tool for promoting “our differences and further endangering national unity.”

He said the proliferation of the internet and social media platforms and the growing culture of fake news pose new dangers and threats to Nigerians’ collective existence.

According to him, politicians at all levels must be cognisant of this and take measures to mitigate them.

Also, the Speaker of the House of Representatives, Hon. Femi Gbajabiamila, called on Nigerians to resist the politics of division and hate.

He said elections are not a one-day affair, adding that it’s a process that had already started.

Gbajabiamila said the build-up to this process, the language, tempo and level of tolerance contribute to the outcome and aftermath.

He lamented that many candidates are long on speeches and short on delivery, it’s time to ask how .

“In an era of fake news and misinformation meant to mislead and cause political upheavals, INEC is tasked with staying ahead in its messaging to forestall possible misrepresentation and confusion.”

On his part, the director-general of NILDS, Professor Abubakar Suleiman, said critics had raised significant concerns about recent developments in political communication, particularly because negative and personality-based ones are increasingly replacing informative, policy-focused campaigns.

He said the lack of “substance” in political debates means that voters are often confused and unable to make well-informed decisions.

Suleiman said studies had shown that negative political communication and campaigns push people to stay away from politics altogether.