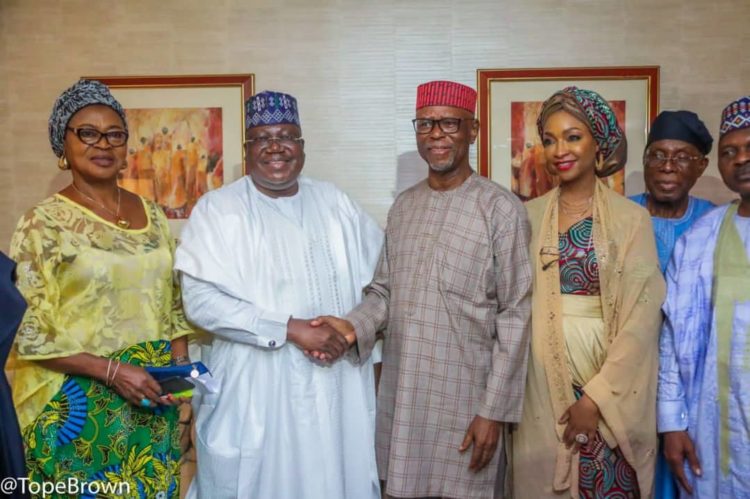 The President of the Senate, Ahmad Lawan, on Tuesday, took his turn to be screened by the All Progressives Congress (APC) presidential screening panel ahead of the party’s primary election.

Lawan, who stormed the Transcorp Hilton Hotel venue of the screening exercise in company of Senators, friends and political associates, was formally received and ushered into the screening room by the chairman of the panel, Chief John Odigie-Oyegun.

The screening was conducted behind closed-doors but Lawan told journalists thereafter what transpired between him and the panel and his agenda for Nigeria if he eventually got the presidency job.

In response to a question, Lawan said: “The screening was very successful. I was asked very fundamental questions about what our party stands for, about what I believe I can bring to the Presidency of Nigeria.

“As someone who is aspiring to be candidate for APC and by the Grace of God, the President of Nigeria in 2023, I have gone through the Mills. I have worked before I came to the National Assembly in 1999.

“By the Grace of God, if I’m given the opportunity, Nigeria will experience improved education, improved security, improved economy.

“I want to reform the educational sector because I want to see an education sector that serve the sons and daughters of nobody so that we are able to take away from the street the 15million or so children out of school because I believe this has a link with not only education but security as well as economy.

“So I want to see a situation where I come out as the aspirant, become the candidate and of course go ahead to beat the PDP and other political parties to win the Presidency for APC and for Nigerians.”

Responding to another question, Lawan said he had no problem with the issue of having a consensus presidential candidate for APC.

“We are sons and daughters of the same father, the same mother, those of us in APC. All of us who took the form to run for the highest office of the presidency believe in the ideals and ideology and philosophy of our party.

“Therefore, we are one and the same. So I will support anybody who the party and the President think can do better for us. I have no problem with that. But I want to also believe that at the end of the day, that day will be mind,” Lawan said.