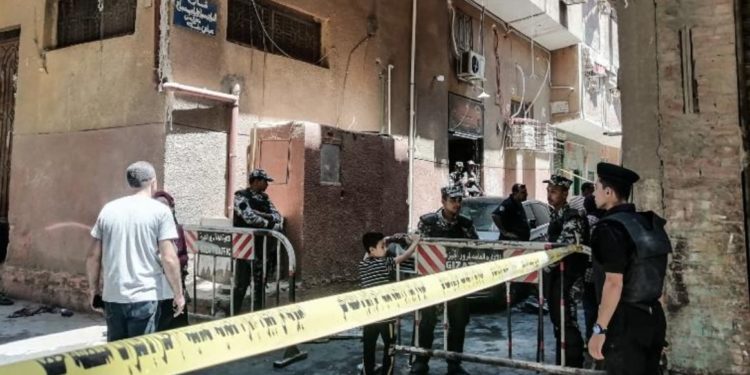 At least 41 people were killed and 14 others injured in a fire at a church in the city of Giza, near Cairo, Egypt’s Coptic Church said, citing the health ministry.

Egypt’s health ministry earlier said “several” people were killed in the fire at the Abu Sifin Coptic church in the Imbaba neighbourhood on Sunday and that ambulances transferred at least 55 injured people to local hospitals.

An initial investigation pointed to an electrical short-circuit, according to a police statement.

Fifteen fire engines were dispatched to the scene to put out the flames while ambulances ferried the casualties to nearby hospitals.

“I have mobilised all state services to ensure that all measures are taken,” he said on his Facebook page.

Fire services later said the blaze had been brought under control.

The Interior Ministry said it received a report on the fire at 9am local time (07:00 GMT), and that they found that the blaze broke out in an air conditioner in the building’s second storey.