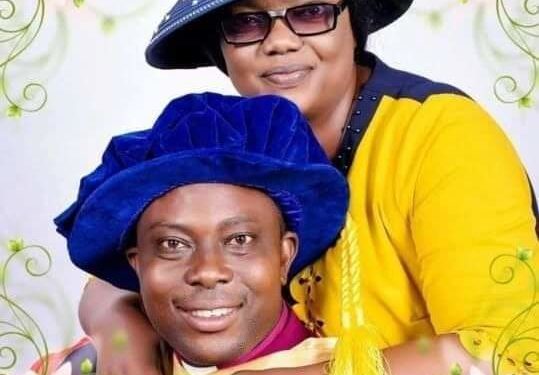 Abducted Anglican Communion Bishop of Jebba Diocese, Rev Oluwaseun Aderogba and his wife have been set free by the terrorists.

They were freed yesterday, about 48 hours after they were abducted in Oyo State.

The Aderogbas’ release was disclosed yesterday by the Diocese of Osun Anglican Communion on its Twitter handle.

It said the victims had been taken to the hospital for medical attention.

The church said, “Praise be to God. Bishop Adeyinka Aderogba, his wife and driver were released from the den of kidnappers after 48 hours. They are being taken to the hospital for medical attention,” the church said.

Meanwhile, the Nigeria Police Force (NPF) has begun investigation into the alleged abduction of 17 persons in their different homes in Abuja.

A Twitter handle, ‘Mindcoach’ @Ameerah_sufyan had twitted that “please whoever has my WhatsApp number, I sent a broadcast message of my location, we were abducted at gunpoint by people with police uniforms and a van from our houses from different parts of Abuja, we are 17, including three pregnant women, two little kids. They didn’t see my phone.”

When contacted by LEADERSHIP, the deputy police public relations officer for FCT, ASP Oduniyi Omotayo, said the police were on it.

Also, while confirming unrest in Durumi, Area 1 axis of the FCT, Omotayo said, “Brief unrest erupted at the IDPs Camp at Durumi, the police responded swiftly to restore normalcy to the situation.

“An investigation is ongoing to ascertain the cause and effect of the unrest. Discovery will be contained in an official statement to be released shortly.

“While members of the public are urged to go about their lawful duties without fear and molestation from any quarters, we strongly advise rumor mongers to stop exaggerating the incident to a degree putting the territory in apprehension. Monitoring and surveillance continue on the scene.”