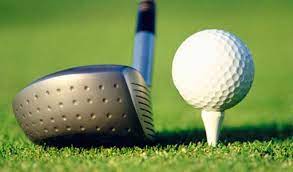 Jamilu Ibrahim and Abu Ahmed finished first and second runners up with 69 and 76 nett respectively.

In the category 11(HC 15-28) Abdllulkareem Adeniran emerge winner with best NETT of 74, Abdulrahman runner up with 75 NETT while Barnabas Omale came third with 95 best Gross.

Playing in the veteran category. Hassan Adamu came first with best NETT of 71, and Lawal Rafindadi runner up  NETT of 75 while Biola Oyebanji  emerged third with best Gross of 94.

Although there were provisions for auxillary prizes for birdie on hole 2 and Eagle on hole 18 but was not won by any player.

Highpoint of the golf tournament independence celebration was the recognition and award to longest serving members and oldest club member.

For the longest serving member for Ladies Mrs Grace Yanet was awarded, haven served four times as Lady captain and joined the club since 1980.

For the long serving men, Mr A .J . C Deiro was awarded who also served as club captain four times while Mr Ndanusa Also was recognized as the oldest club member haven joined the club on the 16/11/1975.

Earlier in is address, Alhaji Shehu Bornu the Group Managing Director (GMD) of the New Nigeria Development Company Limited (NNDC) commended the club management for joining in the celebration of the 62nd independence anniversary.