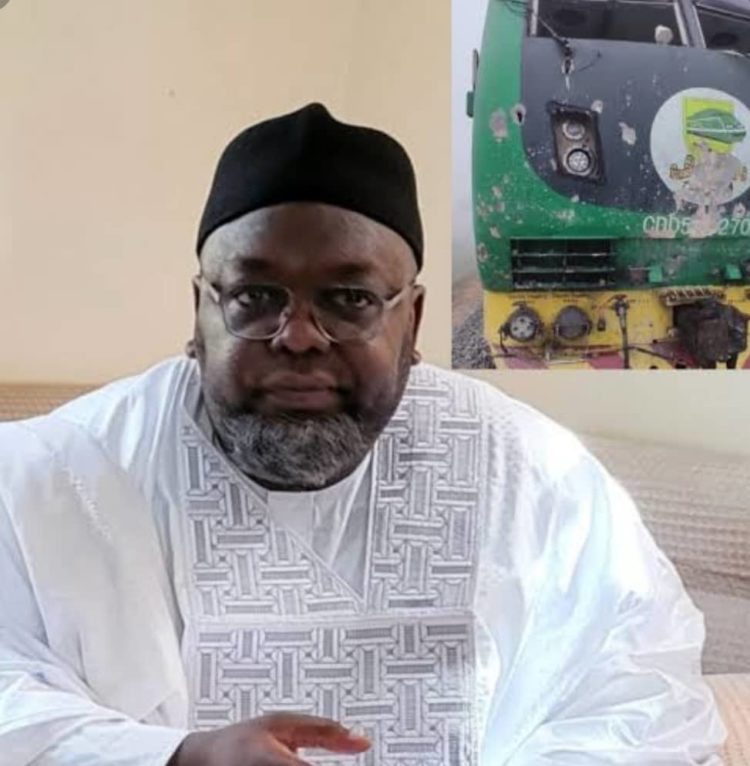 The initial negotiator for the release of the abducted Kaduna-bound Train passangers kidnapped on March 28, 2022, Malam Tukur Mamu, has been arrested in Egypt.

Mamu, who holds the traditional title of Dan Iya of Fika Emirate in Yobe State, was arrested at the Cairo Airport on his way to Saudi Arabia.

Recall that Mamu, who is the publisher of Desert Herald Newspaper in Kaduna, commenced negotiations with the terrorists, who attacked the Abuja-Kaduna Train and abducted many of the passengers, leading to the release of over 20 of the passengers.

He later withdrew from the voluntary task of negotiations, citing threat to his personal safety. Mamu, however, became a medium of communication between the terrorists and the government on one hand and families of the kidnap victims on the other hand, which also yielded some positive results.

Mamu, who personally confirmed his arrest to journalists on Wednesday, said: “I am on my way to Madina Saudi Arabia when they stopped me at Cairo Airport under the Nigerian Government order.

“Nothing was found in my possession. So I am sure the DSS officials are waiting for me at the Kano Airport, I don’t have anything to hide and like I said I am not afraid of them (DSS).

“I swear to God I am not afraid of them. I just want the world to know of what is happening.”

No official statement on Mamu’s arrest from the Nigerian government yet.

Bonny Deep Seaport To Get Approval May 2023 – NPA

Bonny Deep Seaport To Get Approval May 2023 – NPA