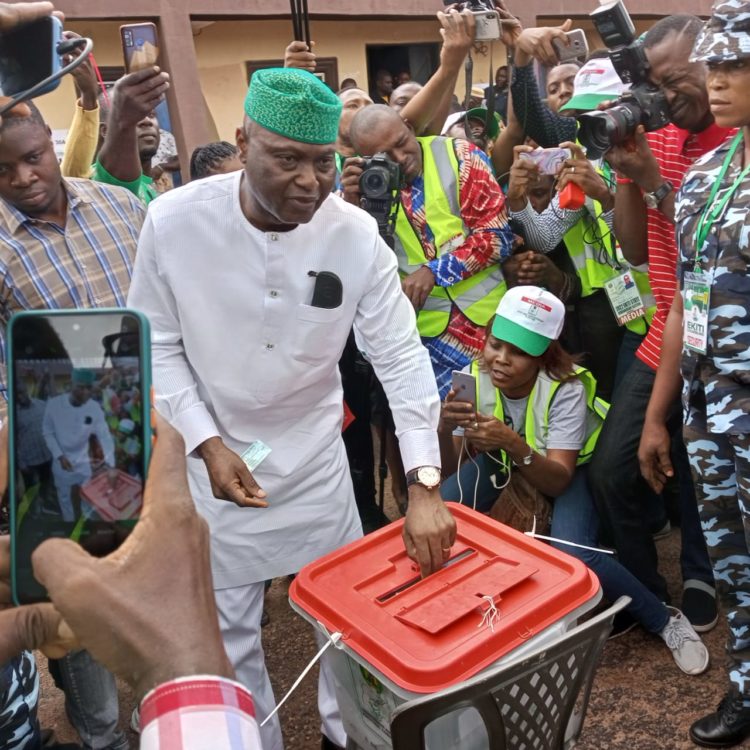 The immediate-past Secretary to the Ekiti State Government and candidate of the All Progressives Congress (APC) in the State’s governorship election, Biodun Abayomi Oyebanji, has been declared winner of the exercise by the Independent National Electoral Commission (INEC).

The Returning Officer of the Ekiti governorship election, Prof. Kayode Oyebode Adebowale, announced the result on Sunday morning at the INEC office in Ado Ekiti, the State capital.

“That Biodun Abayomi Oyebanji, having satisfied the requirements of the law, is hereby declared the winner and is returned elected,” the Adebowale, Vice-Chancellor of the University of Ibadan said on Sunday.

Oyebanji, who was also a commissioner in the state, was declared winner of the poll having scored the highest number of votes.

He won 15 of the available 16 local government areas in the state.

The Ikogosi Ekiti born Oyebanji won the contest with 187,057 votes to beat Chief Segun Oni of the Social Democratic Party (SDP) who came second with 82,211 votes and Otunba Bisi Kolawole of the Peoples Democratic Party (PDP), who garnered 67,457 to take third position.

The candidate of the ADC, Dr Wole Oluyede scored 5,597 votes and his ADP counterpart, Kemi Elebute-Halle, got a total of 3,495 votes to take take fourth and fifth positions respectively.

The APC candidate also won in all local government areas of the state, except Efon Alaaye, where the PDP flag bearer, Kolawole, hails from.