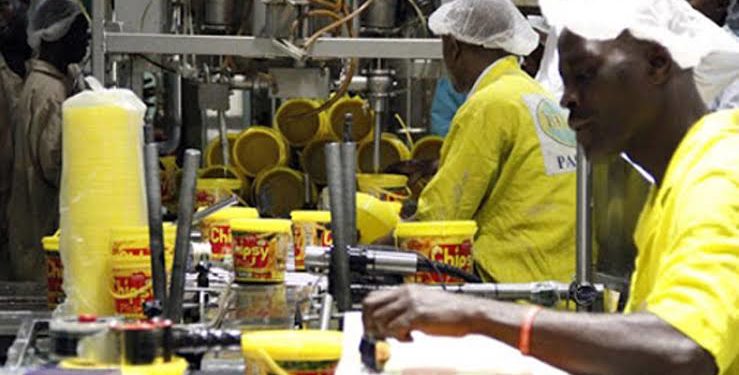 Despite the harsh operating environment in the country due to high price of diesel, foreign exchange scarcity among other challenges,

According to the MCCI released by MAN, the MCCI index increased to 54.6 points up from 53.9 points recorded in the first quarter of the year, despite the plethora of challenges, signaling manufacturers’ feeble hope in the economy.

The association listed such challenges to include poor access to Forex for importation of raw materials not available locally, effect of rising global inflation, aggressive drive for revenue by government, frequent collapse of the grid, increase in price of diesel, scarcity of wheat and other manufacturing inputs due to the ongoing war in Europe and wide spread insecurity that combined to limit productive activities in the economy during the quarter.

The association noted that the meagre improvement in the index score in the second quarter of 2022 implies that manufacturers’ confidence in the economy slightly improved above what obtained in the preceding quarter.

Manufacturers responded to the economic challenges that prevailed in the quarter with appropriate survival strategies and adjustments including remodeling of production operations, after the marginal slowdown experienced in the first quarter.

The aggregate MCCI score increased to 54.6 points in the of 2022 from 53.9 points of the first quarter of the year.

In addition to the survival strategies adopted by manufacturers that improved production, the increase in the Aggregate Index score was attributed to the feedback on the anticipated improvement in business condition, employment condition and production level in the third quarter of the year.

Noteworthy, is the fact that business condition in the quarter under review was more challenging than what obtained in the first quarter of the year just as employment condition worsened.

Nevertheless, the operating environment in the quarter under review was fairly better than the condition in the preceding quarter due to compelling adjustments made by government, manufacturers and households in response to general increase in price, forex shortage, increasing cost of energy, scarcity of raw materials and many more, thrown up by the war in Europe.

Providing more information the Manufacturers disclosed that findings from the sectoral analysis shows that Index score of Wood & Wood Products sector is 49 points in the second quarter of the year, which is a marginal uptick from 48.9 point obtained in the first half of the year, even though it is below the 50 baseline points.

The MCCI is a quarterly research and advocacy publication of the Association, which measures changes in pulse of operators and trends in the manufacturing sector quarterly, in response to movements in the macroeconomy and government policies, using primary data mined through direct survey on over 400 chief executive officers of MAN member-companies.