Disquiet In PDP Over Wike’s N1bn Allegation Against Ayu 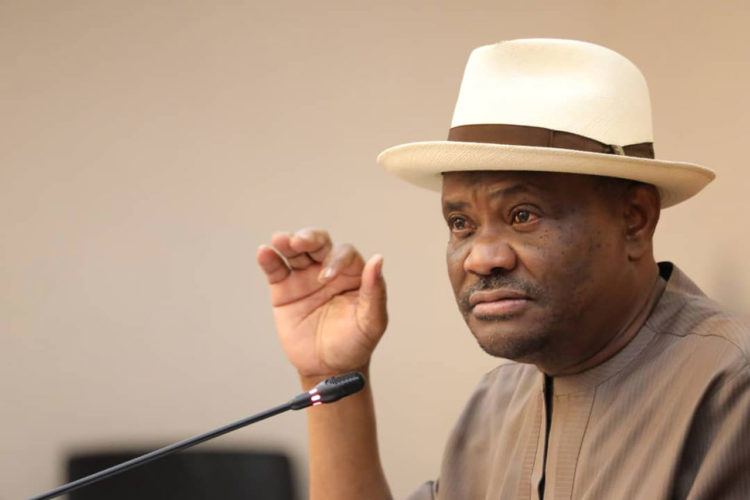 The dust raised by the Rivers State Governor Nyesom Wike over his allegation that the Peoples Democratic Party (PDP) national chairman, Dr Iyorchia Ayu, collected N1 billion from a presidential candidate in Lagos is yet to settle.

It was learnt that even those in Ayu’s camp were taken aback by the allegation even though they argued that he should be allowed to return from his foreign trip and present his side.

Ayu is expected to return to Nigeria tomorrow morning from a two-week trip to Europe. He is expected to preside over the inauguration of the party’s campaign council the next day.

Recall that Wike had in the interview stated, “I’m totally informed. Ayu has the opportunity to challenge me, I will reveal more. Some of the governors can tell you. Will he deny the fact that he collected N1 billion from a presidential candidate in Lagos? Let him deny it; I will tell him who gave him the money not from the Lagos State government. The money was given to him in Lagos.

“He met one of the presidential candidates (aspirants) and told him that he’s not sure these governors may want to sponsor the party. That money did not enter into the account of the PDP, but we are not attacking Ayu on that basis,” the governor said.

A party source confided in LEADERSHIP yesterday that meetings have been going on over the matter.

The source who is a member of the pro-Atiku camp said the matter has to be properly addressed so that it doesn’t send a wrong signal within the party ranks.

“I can tell you that there is disquiet in the party and some level of apprehension over the allegation made by Wike.

“There have been a series of meetings over the issue even from some of those supporting Ayu. But they are waiting for him to return to explain what could have transpired. The fear is that party members do not want a repeat of the 2015 experience where some of our party leaders were compromised ahead of the polls,” he said.

On whether there might be calls for investigation over the matter, the source said, “it is possible but the thinking at the moment is to wait for him to return and give some explanations.”

For the umpteenth time, an aide to the embattled chairman of the PDP, Dr Iyorchia Ayu, has played up the trump card that removing him would create a constitutional crisis for the party which would snowball into greater problems than what the party was currently facing.

Wike, who is the arrowhead of a group within the party, demanding for the chairman’s leaving office, in a no hold barred interview on television networks levelled allegations including, financial impropriety against Ayu.

But, the senior special assistant on media and communications to the PDP chairman, Malam Yusuf Dingyadi,  in an interview with newsmen yesterday in Sokoto, said, “Dr Ayu has been a trusted ally of politicians, academic, business community and other categories of people from all parts of the country, the reason for his acceptability.

“The credible, detribalised and progressive politics always played by Dr Iyorchia Ayu has been the bedrock of his widespread political support in the country.

Dingyadi, while explaining that Ayu’s position as the party head would surely strengthen the chances of the PDP in 2023, cautioned Nigerians against being misguided by some elements that want to capitalize on ethnic and religious divisions to fan the ember of disagreements with the party.

According to him, “Peace and stability of Nigeria as a nation should be sacrosanct. We should all rise and condemn the activities of some disgruntled groups sponsoring political agitations against Ayu’s PDP leadership.

”Nigerians should not be swayed by comedians, parading themselves as politicians on television politics, fretering away their states’ resources in an attempt to showcase their strength at the expenses of party unity for ego and selfishness.”

‘The PDP Board of Trustees (BoT), National Executive Committee (NEC), Central Working Committee (CWC), stakeholders have unanimously passed a vote of confidence on Ayu to continue as a chairman, there’s no reason for behind the curtains’ lamentation and mischief.

“We therefore appeal to our members to remain focused and extend necessary support to the leadership of our party in the onerous task of leading PDP to victory in 2023,” Dingyadi said.