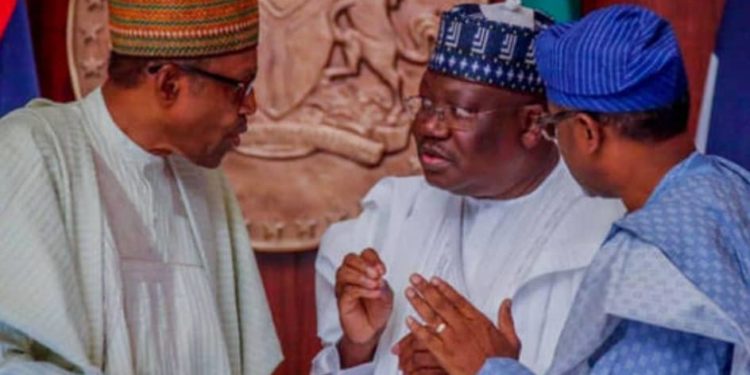 The Supreme Court has dismissed a suit by President Muhammadu Buhari and the Attorney-General of the Federation and Minister of Justice, Abubakar Malami, SAN, seeking to void the provision of Section 84(12) of the Electoral Act, 2022.

In a judgment of the apex court by a seven-member panel, headed by Justice Musa Dattijo Mohammed, the justices were unanimous in holding that Buhari, having participated in the making of the law by assenting to it, could not turn around to fault its provisions.

The court, which upheld the objections raised by the National Assembly and other defendants in the suit, declined to determine it on merit but declared that the Supreme Court lacked the jurisdiction to hear it and that the suit was an abuse of court process.

Justice Emmanuel Agim, in the lead judgment, held that it was an attack on the democratic principle of Separation of Powers for the President to seek to direct/request the Legislature to make a particular law or alter any law.

“The President lacks the power to direct the National Assembly to amend or enact an act..it violates the principle of separation of powers.

There is no part of the Constitution that makes the exercise of legislative powers subject to the directive of the President,” the apex court held.