For Hamsatu: Justice At Last 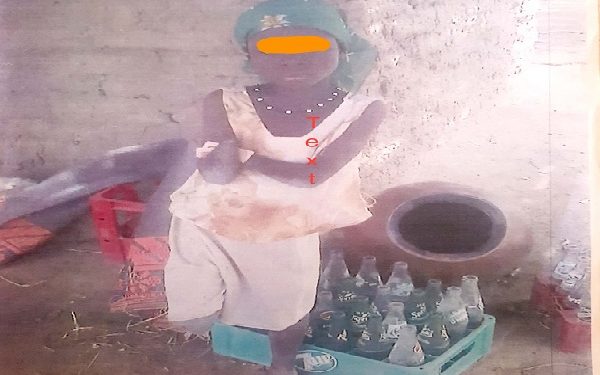 Although life for 12-year-old Hamsatu Abdullahi will not be the same again, the recent judgement by a high court in Damaturu, the capital of Yobe State, awarding N200 million as compensation to her would cushion the impact of the suffering she currently lives with. A cable belonging to the MTN electrocuted the little girl in 2012, leading to the amputation of both her hands and one leg, as a result of the injuries she sustained during the incident.

Almost 10 years ago, Hamsatu was electrocuted at an MTN facility in the front of her father’s house at Chumbusko Village of Yobe state’s Karasuwa local government area. Good enough, her father, Abdullahi Koki, approached the Yobe state high court where he instituted a civil suit against MTN and the Nigerian Electricity Liability Management Company (NELMCO). Koki approached the court to seek redress on behalf of Hamsatu. Ruling on the suit, Justice Lawu Lawan, awarded the N200 million damages jointly and against MTN Nigeria Ltd and Nigeria Electricity Liability Management in favour of Hamsatu.

“I hold that the plaintiff has duly established by oral and documentary credible and unchallenged evidence against the defendants. I equally hold that the plaintiff is entitled to claims from the defendants jointly and severally as compensation or general damages for the permanent disablement via the loss of her two hands, right leg, continuous pains, medical treatment, anguish, shock and continuous psychological trauma and loss of amenities of life caused by the defendants’ act and omissions.

“Therefore, the sum of N200 million only is hereby awarded against the defendants jointly and severally in favour of the plaintiff,” Justice Lawan ruled. He also awarded N10 million each for loss of earnings, pains and suffering; loss of capacity for enjoyment of life; shortening of expectation of life; cost of keeping a servant to assist the plaintiff and cost of action even as he awarded N150 million for general damages. Coming barely a decade after the incident occurred, the judgement demonstrates perfectly, the time tested saying that the wheel of justice grinds slowly, but all the same, it grinds exceedingly well.

This newspaper sympathizes with the little Hamsatu whose life will never be the same again owing to the damages suffered from the electrocution, but most importantly, we salute the tenacity of her father in seeking redress

Rather than do what many would have done by electing to leave everything to God or settle for a pittance from the defendants in a mismanaged out-of-court settlement, Hamsatu’s father decided to pursue, to an exhaustive conclusion, the legal options.

However, even as we applaud the little girl’s father, we commend the judge for the well decided judgement, which has further confirmed the time tested saying that the judiciary is the last hope of the common man.

But even as we salute the judge for the verdict, we are well aware of the fact that no amount is big enough to make up for the life of deformity the little girl will be confined to for the rest of her life. The next task ahead is for all those connected with this well-thought-out judgement to ensure its full compliance and timeously too because time is of the essence.

While not oblivious of the defendants’ right to appeal, we enjoin the duo of MTN and NELMCO to make haste in settling the fine to help cushion the impact of the unfortunate incident on the little girl.

We also deem it expedient to admonish Hamsatu’s parents to ensure that the money, when received, is judiciously utilised to help improve her life. Part of the sum should be used to procure artificial limbs for her and ensure she has full access to education.

By and large, the judgement and importantly, the disaster that led to the judgement, has further underscored the need for all, especially the telecoms service providers, whose masts are scattered all over different nooks and cranny of the country, to prioritise safety.

It is against this backdrop that we advocate for a heavier penalty that will serve as a deterrence and ultimately guard against negligence. MTN, for one, must ensure it steps up its safety measures and guard against a repeat of the fate that befell Hamsatu.