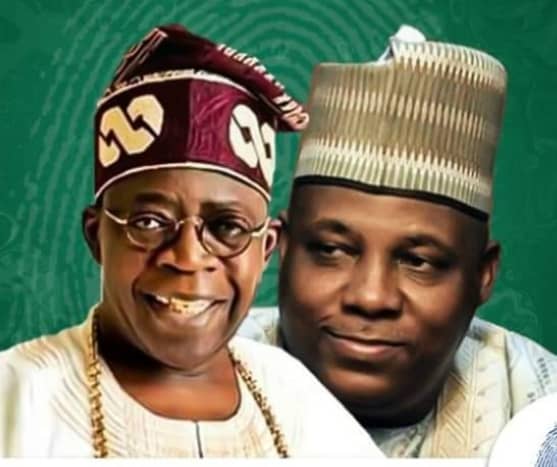 With the growing trends of ethnic and religious sentiments becoming a cankerworm that is fast eating deep into the political stability of the ruling All Progressive Congress, a northern youth group has disassociated itself from the planned one Million man-match in support of the controversial Muslim-muslim ticket.

The group mocked the planned one million man-match by Arewa People’s Coalition, saying that they will barely get 100persons to join their fruitless match.

The Northern youth group noted that non of its members across the north will participate in the so-called match by the Arewa People’s Coalition, stressing that it was baseless and insignificant.

They vowed to join the massive Lagos protest, stressing that the ruling party must reconsider the choice of Shetima and listen to the yearnings of youths in it’s political choices or face the odds of loosing the massive votes of Nigerian youths in the coming presidential elections.

Speaking during an exclusive interview in Adamawa state, the Chairman of Northern Youth Gazette, Sadiq Abubakar warned emphatically on the negative effect of the planned one million man-match.

He stated that the clamour for the replacement of Shetima has become a national issue that requires immediate intervention.

He further noted that the level of sentiments being promoted at the moment especially by groups within the party encouraging the muslim-muslim ticket may reduce the chances of APC in the coming polls.

Sadiq was reacting to the massive number of supporters that participated in the Lagos solidarity protest, where youths, women and children rolled out enmasse to seek a replacement of Shetima.

This is happening just few weeks after a massive protest rocked the APC secretariat, where groups protested against Shetima as VP Candidate.

There are fears that the protest against the VP candidate may continue massively and could even be replicated across other states if party leaders fail to look critically into this wide spreading problem which is fast creating more controversy and leading to countless decamping of members from the party.

According to him, analyst have argued that the muslim-muslim ticket is the basic problem which the ruling party is faced with today and until this is resolved, the vision towards victory in the 2023 polls may yet be blurry.

The national Chairman of Northern Youth Gazzette condemned Arewa People’s Coalition and her planned One Million Man-Match to support the muslim-muslim ticket of the ruling party.

He , however concluded by emphasising on the credibility and competence of christians from the north whom the ruling party should consider for the vice president Candidate.

He noted that if the consideration is made, the tension of ethnic and religious sentiments which is fast bedeviling the party’s progress will become history and adviced the party to look towards Taraba, Adamawa and other states in the north for their search.