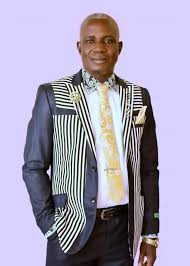 The Bauchi State Police Command has confirmed an attempt on the life of the Senior Special Assistant (SSA) on Christian Religion Affairs to the Bauchi State governor, Pastor Zakka Luka Magaji, by yet-to-be identified gunmen.

Pastor Magaji was attacked at his residence in Birshi village in Bauchi metropolis.

During the attack, a 32-year-old man living with Pastor Magaji was injured.

Speaking while receiving the State Commissioner for Religious Affairs and Community Development, Hon. Umar Babayo Kesa, who led management and staff of the Ministry to sympathise with him, the governor’s aide narrated the incident, saying that, “I was their target even though I don’t know their motive but God has proven Himself. The person injured is getting better now.”

The Commissioner said that they were at the house to express their deep sympathy for the incident, praying that God will continue to protect Pastor Magaji and his household from evil men.

Magaji, therefore, thanked the Commissioner and the management of the Ministry for the visit, saying: “That it was a demonstration of cordial and peaceful co-existence among the people of the State under the leadership of the State governor, Senator Bala Mohammed Abdulkadir.”

Confirming the attack, the State Police Public Relations Officer (PPRO), SP Ahmed Wakili, on Friday, said that the Command received a distress call at about 0013hrs that the house of Pastor Magaji was attacked by some armed men, numbering about seven.

He said, “On receipt of the distress call, the Commissioner of Police directed the DPO E-Division to act immediately. The DPO led his team with other tactical Commanders such as RRS B-division, for a quick intervention, where the armed men ran into the bush.”

He said the Police personnel were at the scene of the crime where three empty shells of 7.6mm ammunition were recovered.

Wakil added that the Police, who were there on a rescue mission, immediately took the victim and rushed him to ATBU Teaching Hospital for medical attention.

The PPRO, thereafter, assured that Police patrol has been intensified along the area, combing the bushes to be able to arrest the perpetrators of the dastardly act.

Rabiu Kabir To Be Inducted Member, Chartered Institute Of Logistics And Transport (Global)