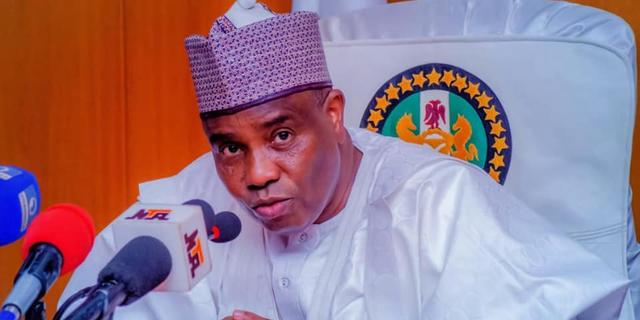 As the first batch of Sokoto State Muslim pilgrims for this year’s Hajj exercise depart for Saudi Arabia, Governor Aminu Waziri Tambuwal, has urged them to pray for the peace, unity and development of the country.

Governor Tambuwal made the remarks on Sunday night while inaugurating the first flight of the intending pilgrims from the state, who took off from the Sultan Abubakar III international Airport, Sokoto.

He said, “The state government has done everything possible for the success of the exercise, especially in the areas of guidance on how to perform the Hajj, particularly for those visiting the holy land for the first time, including the general healthcare for the entire pilgrims’ contingent.”

The first 420 intending pilgrims from Gada, Wurno and Yabo local government areas, out of the 2,404 passengers departed the Sultan Abubakar III International Airport, Sokoto, in a Saudi Arabian-Flyners aircraft.

In his remarks, the Sultan of Sokoto, Alhaji Muhammad Sa’ad Abubakar, urged the pilgrims to be steadfast in the performance and observance of their worship so as to make it effective.

He also implored them to pray for the successful and hitch free conduct of next year’s general elections and the emergence of good leaders in the state and country in general.

Also in his address, the leader of the government delegation to the pilgrimage, the Speaker of the Sokoto State House of Assembly, Aminu Manya Achida, assured the government of his committee’s  commitment for the success of the exercise.

He appealed to the pilgrims to give the committee maximum cooperation to enable it perform its task effectively.