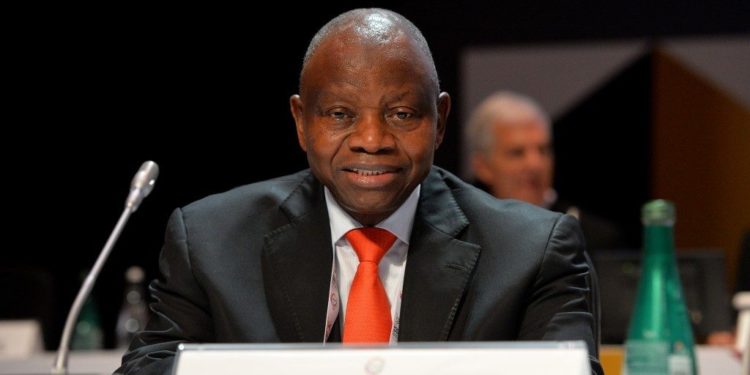 The Japanese ambassador to Nigeria, Matsunaga Kazuyoshi, presented the award to Engr Gumel on behalf of the Emperor Naruhito yesterday at his residence in Abuja, in recognition of Gumel’s contributions to promoting friendship between Japan and Nigeria through sports.

Kazuyoshi praised Gumel’s sterling qualities in sports development, saying Emperor Naruhito appreciates the NOC president’s instrumentality in building relations with the Japanese Olympic Committee and his significant roles in the promotion of bilateral cooperation between Republic of Japan and Nigeria over the years through the Olympic Games.

“Receive the Order of the Rising Sun, Gold Rays with Neck Ribbon, one of the highest orders awarded in the name of His Majesty, the Emperor of Japan, in recognition of your contributions to promoting friendship between Japan and Nigeria through sports,” Kazuyoshi.

Gumel, one of the revered sports administrators in the IOC, while accepting the award, expressed appreciation to the Japanese government for the honour and promised to be steadfast in using Sports to promote the image of Nigeria positively.

“It is indeed an honour and privilege for me to stand here before you to receive one of the international highest orders awarded in the name of His Majesty, Emperor Naruhito of Japan. I am humbled today being honoured by the Government of Japan with the most prestigious Foreign Recipient of the 2022 Spring Imperial Decorations, which is the

Order of the Rising Sun, Gold Rays with Neck Ribbon, awarded in the name of His Majesty the Emperor.

“The Order of the Rising Sun”, which was established in 1875, is a Japanese order to be awarded to individuals who have made outstanding contributions in promoting international relations and advancing Japanese culture in their respective fields.
Consequently, I am personally overwhelmed that my humble contributions in the area of promoting friendship between Nigeria and Japan, through sports exchanges and the platform of the Olympic Games is being acknowledged and recognized internationally today,” Gumel said.
The minister of youth and sports development, Sunday Dare, who was a special guest at the event, applauded Engr Gumel’s sincerity, professionalism and humility.
“Sports brought out the talent in Gumel. In fact he is one of the revered sports administrators in this country that I respect. Am happy the Japanese government took note of your contributions in building bounds between Nigeria and Japan.”
Engr Gumel becomes the fourth Nigerian to receive such Order from Japan, following Senator Udoma Udo Udoma, former Minister of Budget and National Planning, Prof Isaac Folorunso Adewole, former Minister of Health, as well as Prof Mohammed Gana Yisa, former Ambassador Extraordinary and Plenipotentiary of the Federal Republic of Nigeria to Japan.

7 Incredible Health Benefits Of Strawberries And Why You Should Eat More... Click Here For Details
Tags: Gumel
SendShareTweetShare
Previous Post