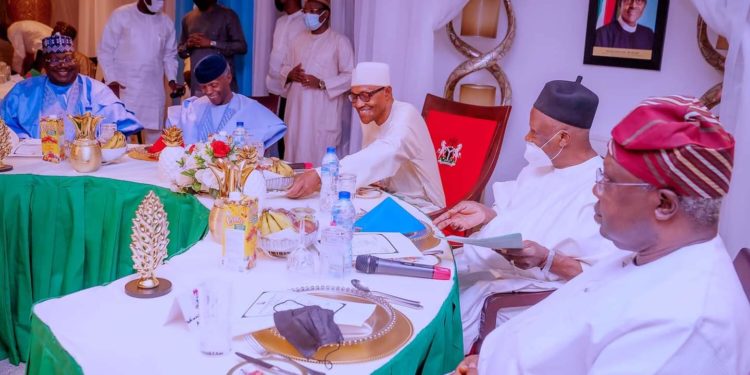 President Muhammadu Buhari is currently hosting some members of the All Progressives Congress (APC) national caucus at the State House, Abuja to a dinner.

LEADERSHIP gathered that the meeting was a follow-up to the earlier consultations the President had with various party stakeholders to elect a consensus presidential candidate at the Tuesday’s national convention of the party.