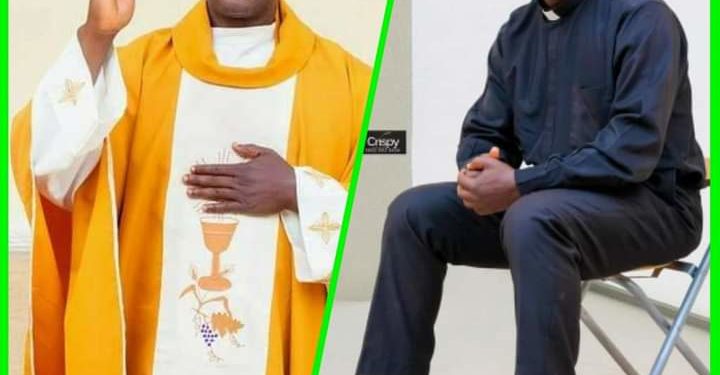 A Catholic priest of St Anthony’s Parish, Angware community in Jos East local government area of Plateau State, Rev. James Kantoma, has been kidnapped by unknown gunmen in the area.

LEADERSHIP gathered that Kantoma, who is also the chairman of the Christian Association of Nigeria (CAN), Jos East LGA chapter, was abducted from his house in the community by the gunmen in the early hours of Monday.

The State chairman of CAN, Polycarp Lubo, describing the incident as unfortunate.

Lubo said, “Since the gunmen took the Reverend Father away, we have not heard anything either from him or the abductors up till this afternoon, This is so sad. But we are praying for him that no harm will befall him wherever he is.”

Investigation by our correspondent also revealed that some youths in the area, who were alerted on the developement, gave the gunmen a hot chase into the bush but they were shooting sporadically and eventually took the Reverend Father  away.

Meanwhile, when contacted, the Police Public Relations Officer (PPRO), Alabo Alfred, said that the State Police Command was aware of the incident and had deployed officers and men from the Anti-kidnapping Unit to the community with the view to rescue the kidnapped cleric.

According to him, the Anti-kidnapping Squard was already working to ensure that the Reverend Father regain his freedom and apprehend those behind the abduction.

Recall that LEADERSHIP on Monday reported that a Bishop of the Church of Nigeria Anglican Communion, Rt. Revd Oluwaseun Aderogba of Jebba Diocese in Kwara State, and his wife, were on Sunday evening kidnapped by unknown gunmen along Ogbomoso-Oyo Expressway in Oyo State.