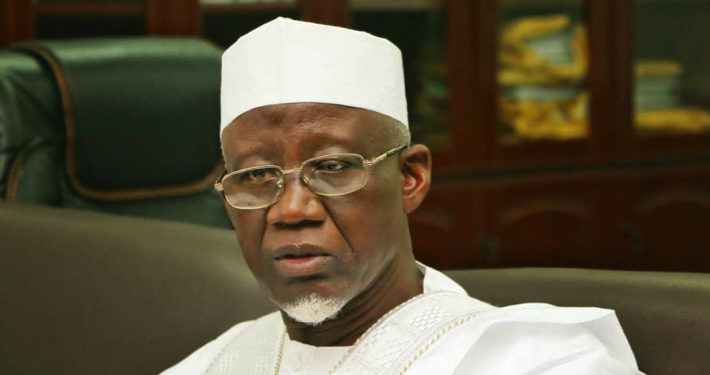 The federal government has said that terrorists who attacked the Kuje Medium Security Correctional Centre in the Federal Capital Territory (FCT) succeeded because they had superior firepower.

The Minister of Police Affairs, Mohammed Dingyadi, disclosed this to State House correspondents after the National Security Council meeting presided over by President Muhammadu Buhari at the Presidential Villa, Abuja.

He said the security personnel deployed to the facility did their best to repel the attack but were subdued by the superior weaponry of the terrorists.

The minister revealed that some of the assailants were killed during the attack.

Asked why the terrorists could not be stopped, he said: “You see, these kind of things, they happen and I want to assure you all those who are supposed to play a role in ensuring that the attack is neutralised did the best that they could to neutralize it.

“And because nobody anticipated it, the few people could not withstand the number that they came with. I think that’s what happened.”

He, however, assured that investigation into the incident will continue.

“Like I said, this investigation is still going on. You will only do good to allow the investigation to continue and maybe by the time they finish, you will be able to get the details of what actually happened and why it happened,” he added.

On the outcome of the security meeting with the President, the minister said President Buhari had directed that the Security Council meeting held on Friday in order to review the situation of security in the country particularly as it relates to insecurity issues that have happened in the last few weeks.

According to him, “we are talking about the Kuje jailbreak that arose as a result of the attacks on the Correctional Center by terrorists as well as the banditry attack that took place in Katsina around the same time, as all as the various attacks on Shiroro local government of Niger State.

“Mr. President was deeply concerned about these developments. And he initiated this meeting to enable security agencies, the service chiefs, inspector general of police to brief the council on what actually happened and the way forward.

“We had a very successful meeting and the council has agreed to take proactive measures that will ensure that repeat of what happened these few days would not be witness anymore.

“Mr. President is surprised that what happened to Kuje actually took place inspite of all the security arrangement that has been made to ensure that such an incident does not happen.

“We are assuring the nation and Nigerians in general that arrangements have been made to ensure that full investigations are carried out to ensure that a repeat of these incidences will not occur.

“The service chiefs have been given very clear directives to ensure that adequate measures are taken not only to investigate what happened, but also to take steps to forestall the reoccurrence of such incidences.

“We call on Nigerians to continue to support the federal government, in its effort to ensure that we fight criminalities to finish and to ensure that this country is brought back to normalcy in a more secure and a more peaceful atmosphere.

“We are moving toward 2023, and government is committed to ensuring that there’s peace, tranquility to ensure a very credible and a peaceful and transparent elections in Osun State come early next week.

“Thank you very much for your attention and we look forward to ensuring we maintain peace and tranquility at all times,” the Minister added.