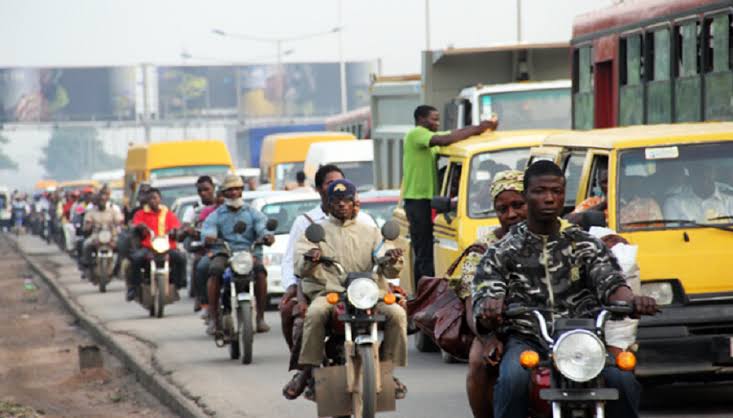 Justice Akintayo Aluko of the Federal High Court in Lagos has declared that the state government is legally empowered to regulate the operations of commercial motorcycles (Okada) and tricycles (Keke NAPEP) in the state.

Justice Aluko, who made the declaration while delivering judgement in a suit filed by a resident of the state, Julius Ajibulu, held that granting the prayers of the plaintiff amounted to preventing the State House of Assembly from making laws for the peace, order and good governance of the state or any part thereof.

The judge also held that the plaintiff “failed woefully” in his bid to reverse the ban which has been in place since 2018.

The court further stated that Ajibulu failed, among others, to establish that the Lagos State government has no power to ban the operation of tricycles and motorcycles in respect of the designated roads in the state.

The plaintiff had dragged the governor of Lagos State, the state’s Attorney General and Commissioner for Justice, the Commissioner for Transportation and the Speaker, of the Lagos State House of Assembly before the Court as respondents in the suit he filed in 2020.

LEADERSHIP recalls that the Lagos State had on Monday, January 27, 2020, banned the operations of commercial motorcycles (Okada) and tricycles (Keke NAPEP) in six local government areas (LGAs), nine local council development areas (LCDAs) and 10 major highways across the state with effect from February 1, 2020.

The government also banned Okada and tricycles from plying 40 bridges and flyovers across the state.

But in her judgement, Justice Aluko held that Ajibulu’s case is frivolous and lacking in merit.

Justice Aluko held that, “the plaintiff has referred the court to items 11 and 63 of part 1 in the exclusive legislative list which have to do with construction, alteration and maintenance of such roads as may be declared by the National Assembly to be Federal trunk roads and traffic on Federal trunk roads.

“The plaintiff has however failed to show to the court that all the over 40 roads and bridges listed in his reliefs are Federal trunk roads declared by the National Assembly as provided under items 11 and 63 in the Exclusive Legislative list under part 1 of the 2nd schedule to the Constitution.

“The plaintiff failed to establish before the court that the provisions of sections 15, 16, 19, 46 and 68 of the Lagos State Transport Sector Reform Law 2018 were made to apply to the operations of tricycles and motorcycles in respect of the over 40 roads mentioned in his reliefs,” the court stated.

Justice Aluko further held that the plaintiff “failed woefully to prove his entitlement to the reliefs stated in the originating summons.

“Granting the reliefs of the plaintiff without placing any credible evidence before the court is tantamount to preventing the state House of Assembly from making laws for the peace, order and good government of the state or any part thereof and engaging in the such venture will undoubtedly constitute a violation of any amount to overrunning section 4(7) CFRN, 1999 (as amended).

“That is forbidden and this court will not venture into such an unconstitutional enterprise.

“Coming from the foregoing, the plaintiff has failed to prove his case by credible evidence as required by law. Accordingly, the case of the plaintiff lacks merit and the same is hereby dismissed,” the judge ruled.