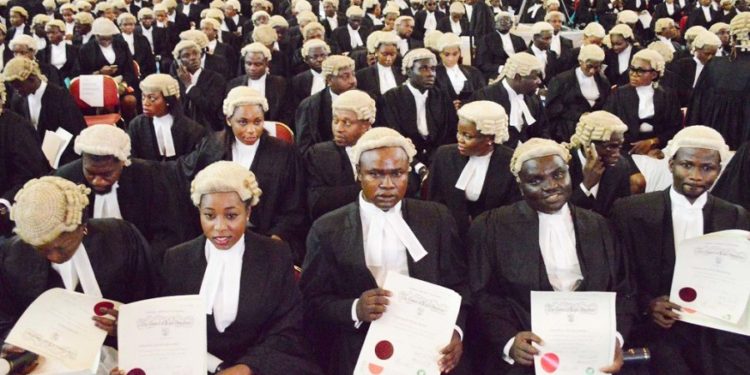 Nigeria got a set of 1,507 new lawyers yesterday as they were called to the Bar amid tight security in Abuja.

The new wigs were inaugurated at the Body of Benchers Complex in Jabi District of the FCT, as against the Nigerian Law School premises in Bwari.

The school’s director-general, Prof. Isa Hayatu Chiroma, said the ceremony was shifted from the traditional place to the Body of Benchers Complex due to threats by terrorists and bandits to launch attacks against the institution.

The DG thanked the chief of defence staff, the chief of army staff, the inspector-general of police, the director-general of the Department of State Service (DSS), the civil defence commandant and Federal Road Safety Corps (FRSC) for jointly coming to the rescue of the school by providing adequate security and wise counselling.

He said the graduands had been found worthy in character and in academics, hence their induction into the Nigerian Bar as lawyers.

LEADERSHIP observed that parents and well-wishers were restricted to outside the Body of Benchers Complex for security reasons.