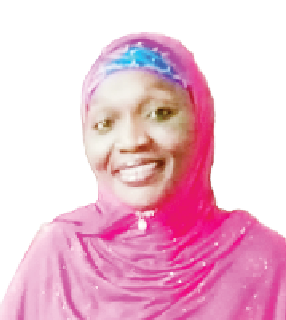 Within this period, I obtained a Diploma in Journalism from the International Institute of Journalism (IIJ) Ilorin study centre.

I proceeded for my NYSC in Ondo State orientation camp in 2000 and redeployed back to Kwara State and served with the Ministry of works, Ilorin. I also obtained a post graduate diploma in Public Administration and a Master’s degree in Public Administration From Ladoke Akinola University, Ogbomosho, Oyo State. I then went ahead to enroll for the top up conversation in Mass Communication at Al-Hikma University, Ilorin, Kwara State where I bagged a BSC in Mass Communication.

I began my sojourn in journalism in 1994, when I watched the World Cup, USA 94 matches and had the opportunity to contribute my view on a phone in sports programme on the Nigerian Television Authority ( NTA)  Ilorin, “Sports Number One” anchored by Tayo Balogun. He was the one who found my contribution to the programme intriguing and invited me after the programme to appear as a guest on the programme. I sought my father’s permission and he allowed me to go and that was it. Tayo Balogun gave me the opportunity to be a part of his production crew, I did voice overs and at some points was a guest analyst on the programme. After Tayo Balogun left Ilorin, Bayour Issah, Mr Sports, gave me a platform on his sports programme on Radio Kwara to present campus sports. I did this while I was going to school. Radio Kwara gave me appointment as an artist Studio Manager. I used the opportunity to the fullest, because I co presented Weekend Request, every Saturday afternoon with Kola Oba. Being a female sports reporter was my initial goal as I was looking up to Modele Sharafa Yusuf. This gave me the gateway to employment in 1998 at Kwara State Television Authority as a reporter. I later felt the need to explore other options, hence my transfer of service from Kwara State Television Authority (Kwara TV) to

Federal Radio Corporation of Nigeria (FRCN) in 2007 to date. I have served as two- term chairperson of the Nigeria Association of Women Journalists, (NAWOJ) Kwara State and currently the vice chairman, Nigeria Union of Journalists(NUJ),  Kwara State Chapter.

My first mentor is my mother who is an embodiment of love and patience. I learnt a lot from her. I have other nother figures whom I admire and want to emulate as I grow up.

I have respect for women who are touching lives and this makes me strive to do same.

I also draw inspiration from the wonders of nature.

I fear the inevitable fact of our existence and this makes me to put in my best at becoming a better muslimah and to be at peace with myself and everyone around me.

I  fear not being able to meet my obligations and responsibilities at home, work and in the society in general. I strive to meet any assignment given to me. If I had the wherewithal, I wouldn’t disappoint people who need my help, it makes me feel bad when I can’t help financially but I take solace in the effort that I put to get such help from other people who have the resources.

Lack of resources to help

as many people as I can and dealing with stern opposition.

None that I can really think of.

Loosing my Father when I did sometimes makes me feel I could have given him another chance. I was with him and he was having a heart attack and I never knew there were some simple steps that I could have taken to keep him on the safe list untill he got to the hospital.  Again, I tell myself, that if Allah had willed for him to survive it he would have given me the opportunity. From Allah we have come and to him is our return.

HOW I AM DIFFERENT FROM OTHERS

I try to do what is right at all times. I hate to be aligned with wrong doings. I like to respect myself anywhere I am.

I may delve into academics in the future. I want to be a positive change advocate. Impacting the lives of others positively is another goal for me.

It’s not the easiest thing any woman can do unless she puts in concerted efforts to strike a balance. If you are determined, with the help of other family members and friends this can be achieved.

Women should support one another, we have been blessed by Allah for wiring us to be able to multitask so we should be good at what ever we do.

Judicious use of time is key for career women.

Let us love other women as if they were our sisters.

Women are special gifts from Allah. Every woman should know her value.

Born in the early 70s, Binta Mora read Engineering at Kwara State Polytechnic, Ilorin and later obtained a post graduate diploma certificate at the International Institute of Journalism to make her a professional journalist. A multi- talented woman, Binta started her journalism career at the Kwara State Television Service (KWTV) in 1998 as a reporter before she joined the Federal Radio Corporation of Nigeria ( Harmony FM, Idofian, Kwara State)in 2007 where she is currently a senior editoral staff. She was a two-term chairperson of the Nigeria Association of Women Journalists (NAWOJ) in Kwara State and currently the vice chairman, Nigeria Union of Journalists (NUJ) in the state.