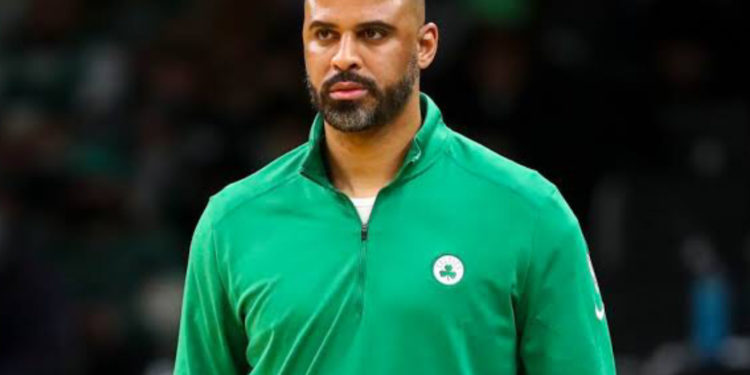 Former Nigeria international Ime Udoka’s Boston Celtics, missed the chance to take a 3-1 lead over the Golden State Warriors in the NBA finals after losing 107-75 in game four.

Following the win the Golden State Warriors have now tied the series at 2-2 heading into game five which comes up on Monday.

The star in the game was Steph Curry,of the Golden State Warriors who scored 43 points and had 10 rebounds.

Curry’s ankle was an issue coming into the night after Boston’s Al Horford, landed on it late in Game three but it didn’t seem to bother him.

He is now the third player in Warriors franchise history to record 40 plus points and 10 plus rebounds in a Finals game.

Udoka would hope to help his side bounce back from the defeat as they target a record 18th NBA title.

The last time Celtics won the title was in 2008 when they defeated Los Angeles Lakers 4-2 in the final series.

For the Golden State Warriors, they are eyeing a seventh NBA title which they last won in 2018.