by Victor Okeke
in Featured
0 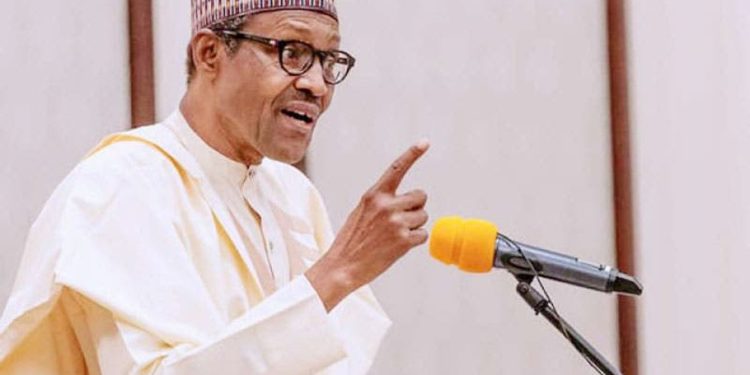 Like the proverbial dog that ate the bone that was hanged on its neck, many public office holders in Nigeria, such as the recently suspended accountant-general of the federation, Ahmed Idris, the former acting chairman of the Economic and Financial Crimes Commission (EFCC) Ibrahim Magu, as well as the former head of Intelligence Response Team \ deputy Commissioner of Police, Abba Kyari, are among the endless list of those who have stolen what was given to them to guard.

While Idris was recently arrested by the EFCC over his involvement in a N174 billion fraud, Ibrahim Magu was arrested on allegations of re-looting of recovered funds and bribery, while Abba Kyari was arrested following allegations by the NDLEA that he belongs to an international drugs cartel.
The situation is so brazen that former military leader, Ibrahim Babaginda whose regime is renowned for widespread corruption said the corruption in President Muhammadu Buhari’s administration is worse than when he was in government.

He said his administration was a saint compared to what is happening under PMB’s administration. He added that while he moved against a former military governor who embezzled N313,000, those who stole billions are walking freely.

When Mohammadu Buhari came through a military action in 1983, the justification was the brazen corruption, the economic mismanagement, and the inept leadership of President Shehu Shagari.

Thirty years after he was removed from office, many still saw Buhari from the eyes of one who channeled his efforts to deal with the problems of indiscipline in the areas of environmental sanitation, public decorum, corruption, smuggling, and disloyalty to national symbols such as the flag and the anthem.
Indeed, this body language of an austere, puritan and incorruptible messiah paid off in the first few months of his election victory in 2015.

Contractors who were paid by the former administration immediately mobilised back to site, civil servants started righting their records and workers returned to resuming for work at 8:00 am. No one really understood or afforded to reimagine what the new administration was going to bring to the table except the nostalgia of 1983.
At the state owned Nigerian National Petroleum Corporation (NNPC) headquarters in Abuja, biometric fingerprint clocking system- an automated employee attendance time clock- were installed at all entry points to check lateness and announce the arrival of the new sheriff.

“It was stern and brutal. No one came to work later than 9:00 am otherwise you will be denied entry into the premises,” Aliyu Addo, who works for NNPC Retail said.
Similar biometric fingerprint clocking systems were deployed to many government offices including the office of the secretary to the government of the federation, the federal secretariat and National Pension Commission (PENCOM).

Sadly, today, a visit to these places shows that life has since moved back to the old-normal. The biometric fingerprint clocking system is still mounted on the entrance ways but has been abandoned or became dysfunctional.

Dr Zakari Lawal, the director of National Monitoring and Evaluation, at the Federal Ministry of Finance, Budget and National Planning in Abuja said body language is not enough to create a change especially in the public service.

“A body language must be backed by framework and institutional structures for implementing it. That is what is going to enable the achievement of the setout objectives that the President has in mind,” he said.
Lawal however conceded that creating change in the system is very challenging because it is robust with a lot of conflicting mandates but hopes that what is put in place now will bring about accountability and transparency in the near future.

“Government operates through structures and frameworks, as long as they are not there, whatever you bring will be temporary,” he added.
While at it, some say that even the President’s body language rings in discordant tones, like the proverbial man of God who tells his parishioners to listen to his sermons but never to emulate his character.

For example, in 2022, the president’s office will spend a whopping N1.6 billion on new vehicles – the fourth largest by any government office. That comes just a year after the office spent nearly half a billion on the same item.

Data shows that since coming to power six years ago, the president’s office has spent N5 billion on vehicles – enough to build 500 health centres at N10 million each. It has spent billions more on food, uniforms, travels, a huge presidential air fleet, president’s hospital and more.
The expenditures are an example of how Nigeria’s federal and state governments annually channel scarce public resources into projects that sustain their flashy lifestyles while critical programmes that should benefit citizens are perpetually underfunded.
Last year, the United States government in a report described the scale of corruption in Nigeria under President Buhari’s administration as “massive, widespread, and pervasive.”

Paul Obasi, the team lead , Not-for-profit, based in Abuja, Paul Smith Obasi Organisation, said that when Buhari came in 2015, his body language took on a miraculous toga.
“They said Buhari’s body language improved power just a few weeks after Goodluck Jonathan left, where is the power now? They said Buhari’s body language improved the economy just a few weeks after Jonathan left, food inflation is now 22%. The said Boko Haram was technically defeated just a few weeks after Jonathan left, Boko Haram is more deadly and violent now than under Jonathan,” he said.
For renowned Nigerian social critic Ikhide Ikheloa, “PhDs actually believed Buhari would solve Nigeria’s problems through body language! Charlatanry, mediocrity, mental health challenges, buffoonery, it’s all a bloody Molotov cocktail aimed at the heart and soul of a troubled country.”
Some observers have alluded to the fact that President Buhari wasted six months in 2015 before forming his cabinet as the beginning of the downward spiral that has signalled his administration.

“He was ruling with his body language, using military decree style, banning this and that. Before you say jack, the economy of the most populous nation in Africa was in the mud already.

“Buhari managed this nation for six months with just body language. No Ministers! No federal executive council meetings! That was the beginning of our economic downturn,” Tosin Olugbenga, a software engineer in Lagos said.
He said that United States President, Biden at 78 started working from the first day in office. “Buhari spent one month before moving into Aso Rock, his official residence. It took him six months to pick cabinet members who are politicians while ruling the country with body language for months.”

Speaking on the issue too, Inibehe Effiong, a human rights lawyer in Abuja came down hard on the President when he said: “Buhari cried while seeking for votes. He falsely portrayed himself as a man of the people. He claimed he obtained a loan to purchase election forms.

“The same Buhari trained his children in Ivy League schools abroad. His son rode and damaged a power bike. His wife has left Nigeria.
“Same Buhari goes abroad for medical attention. Same Buhari has no empathy for the pains of the common people. He has not solved a single problem in the last five years. Rather, he has inflicted more hardship. The economy has dwindled. Naira is useless, with soaring food prices.

“Petrol pump price is higher than ever before. Killings have been normalised. Impunity is official policy. Court orders are flouted. No significant reform has taken place in any of our institutions. The noise about Buhari’s body language has evaporated. Corruption is rife.

“But you want to force young people to “love” Nigeria; the same Nigeria that Buhari urinates on daily while you cheer. If you want to convince young people to love Nigeria, treat them as citizens. You cannot treat people as slaves and expect them to worship the slave camp.”
In fact, at the time, some people thought that the name Buhari and his body language was all you need to fix the country.
But in a quick concession to Buhari, former President Olusegun Obasanjo said Buhari has done his best and Nigerians should not expect anything more from him.

Obasanjo said if Nigerians are expecting anything more from Buhari, they are “whipping a dead horse”. He said Nigerians should be concerned about making the country a better place after Buhari’s tenure.

“President Buhari has done his best,” he said. “That is what he can do. If we are expecting anything more than what he has done or what he is doing, that means we’re whipping a dead horse and there is no need.

Supporters of President Buhari will argue that his anti-corruption crusade has had some achievements. These include recoveries of looted funds, blocked treasury leakages through the Treasury Single Account (TSA) and jailing of some corrupt former governors.