by Henry Tyohemba
in Education, News
0 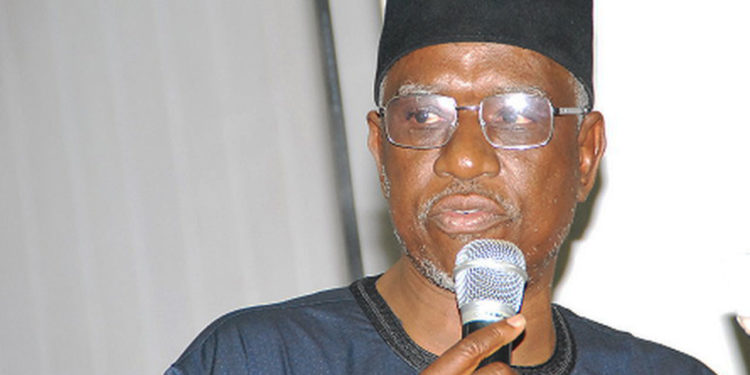 No fewer than two million resources deposited in form of courseware, lecture notes, textbooks, videos, maps, podcasts as well as conference presentations and journals are currently being warehoused as repositories for Nigerian Universities.

The executive secretary of the National Universities Commission (NUC), Prof. Abubakar Adamu Rasheed said the repository was established by the Commission in 2017.

Rasheed who spoke recently at the two-day High Level Sensitisation Workshop, organised by the NUC in collaboration with the Commonwealth of Learning (COL) and the National Open University of Nigeria (NOUN), aimed at Mainstreaming OER in Higher Education Institutions (HEIs) in Nigeria.

Represented by the deputy Executive Secretary (DES), Mr. Chris Maiyaki, the executive secretary stated that the OER repository was established as part of efforts to revitalise the academic content of the nation’s universities as well as improve the quality of teaching and learning, adding that workshop was conceived and carefully designed to bring to the fore, the benefits of OER in Higher Education.

He said that the repository facility which is maintained by the Commission, currently hoisted by 153 Nigerian Universities and was named the Nigerian University System (NUS) Open Education Resources, (NUSOER), in its bid to fully encourage the institutionalisation of OER.

He explained that the repository was being maintained by the Commission, to among others, serve as a gateway to Open Resources held by 153 Universities in Nigeria since 2017, remarking that in the course of the workshop, the National OER Repository would be formally unveiled and presented.

He said NUC, in its effort to galvanise the Universities and assess their full commitment to the OER movement, would continue to evaluate and rank Nigeria’s HEIs, as part of efforts to give them visibility and place them on the world OER map.

The executive secretary expressed  NUC’s readiness to always organize and collaborate with relevant agencies to engage in capacity programmes to improve the executive capacities of top University Leaders and ensure that all higher education institutions were seen to be operating at full strength with some considerable reputational capital.

Harping more on the benefits of OER, Prof Rasheed said that its use would no doubt enhance the quality of academic content available to learners at little or no cost, stressing that it would also motivate the students to become content creators themselves.

On the part of the teachers, he said that it is hoped that through the use of OER, they would be able to adapt to new methods of teaching and learning, facilitate more interactive learning processes and improve curricula with the most recent developments in their respective fields.

He expressed the Commission’s unwavering commitment to increasing access to quality University education to the generality of Nigerians.

In an online presentation of goodwill message, former Executive Secretary NUC, Prof. Peter Okebukola said that the credit of OER must be given to Prof Rasheed for his foresightedness concerning University education in Nigeria. He further stated that the Policy guiding OER provided for the creation and use of the same to increase access to and support quality teaching, learning and research in Nigeria higher education system.

According to him, in so doing, the policy sought to strengthen OER commitments by HEIs and all concerned stakeholders.

He explained that the advantages or goals of OER include the ranking of Nigerian Universities based on OER. The ranking, he said, would stimulate competition among Universities and urged the stakeholders to take bold steps to expand the OER message.

She noted that OER was encouraged to build capacity, develop gender sensitive materials, and promote collaboration and partnership.

She said that the policies of OER include: teaching and learning, capacity building, material development, quality assurance, infrastructure and connectivity, implementation strategy and institutional arrangement. She further explained that OER was always embedded in other policies and could be used in different languages as research was important to discovering new trends.