by Chika Izuora
in Feature
0 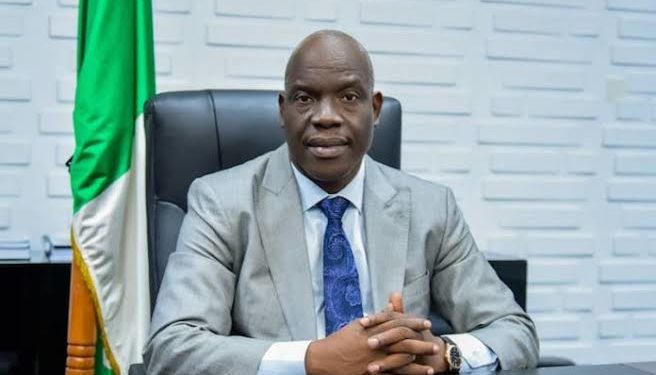 Two years after commencing the process of issuing licenses, the Nigerian Upstream Petroleum Regulatory Commission (NUPRC) has finally resolved one of the most conundrums for indigenous oil companies with the conclusion of the 2020 marginal oilfields bid round.

With the issuance of the Petroleum Prospecting licenses (PPL), the winners of the awarded oilfields can now move to site for preliminary prospecting activities.

In the process of getting to conclude the bid rounds, the NUPRC revealed that about N200 billion was raked in from the 57 oilfields to the coffers of the federal government, plus an additional $7 million in signature bonuses and others.

In addition, the NUPRC announced the unveiling of the Template and Procedure Guide for the Host Communities’ Development Trust (HCDT) for commencement of implementation of the provisions of Section 235 of the Petroleum Industry Act (PIA) 2021.

Concluding the process, the Commission affirmed that over 70 per cent of the awardees paid fully for their licenses, two years after bids were sought for the oil blocks.

Marginal fields are smaller oil blocks located onshore or in shallow waters and are typically developed by local companies.

The NUPRC, which was established last year after the federal government passed a new petroleum law, said 30 oil fields were awarded between 1999 to 2010, with 17 producing. The latest round of 57 oilfields began in 2020.

As matter of fact, Nigeria, Africa’s biggest oil producer and exporter, moved to boost production from the fields to bolster state finances and increase local participation in the oil sector, which provides the bulk of the country’s foreign exchange.

While local companies have become increasingly important to the industry, it remains dominated by international oil majors that are selling onshore assets to focus on deep-water drilling.

Earlier, the minister of state for Petroleum Resources, Timipre Sylva who met with oil companies recently requested improved security in the sector to enable Nigeria, Africa’s top producer its OPEC production quota by the end of August.

In fact, expectant awardees were all jubilant when the Commission announced that the Special Purpose Vehicles (SPV) formed by successful investors in Nigeria’s 57 marginal oil fields of the 2022 bid round were billed to get their various Petroleum Prospecting Licences on Tuesday.

The NUPRC, had in March this year, informed all participants in the 2020 marginal field bid round programme that it had put all necessary machinery in place to progress the bid round exercise to a conclusion in line with the Petroleum Industry Act (PIA), 2021.

In furtherance of that resolution, the Commission constituted an in-house work team to distil and address the concerns of awardees with a view to close out issues affecting multiple awardees per asset and formation of Special Purpose Vehicles by awardees in line with the respective letters of award.

According to the PIA, the Petroleum Prospecting Licenses allows its holders to carry out petroleum exploration on a non-exclusive basis and to drill exploration and appraisal wells.

The PIA explained that the holder of a Petroleum Prospecting License is required to submit to the commission a commitment to a field development plan within a period of 2 years after a commercial discovery declaration to the commission.

According to the PIA, a producing marginal field is allowed to continue at the original Royalty rates and Farm-Out Agreements but is required to convert to a petroleum mining lease within 18 months from the effective date of the PIA.

The PIA also explained that a Petroleum Prospecting License may be revoked by the minister of Petroleum. However, a notice of default shall be sent to the last known address of the holder in addition to the provision of a remediation period of not less than 60 days.

“Where a satisfactory remedy is received, the revocation process shall be terminated, otherwise it shall be revoked and the fact of revocation shall be published in the federal government Gazette,” PIA explained.

Nigeria’s marginal fields sub-sector has been the cornerstone of the country’s upstream local content development strategy since early 2000, as previous rounds gave birth to what are now strong local and regional African exploration and production (E&P) companies.

LEADERSHIP Weekend, had on May 31, 2021, reported that the defunct Department of Petroleum Resources, DPR, issued letters of award to investors for the production of crude oil from 57 marginal fields.

However, in January this year, the Nigerian Upstream Petroleum Regulatory Commission announced that a total of 128 awardees emerged as successful bidders in the bid round and had made complete and part payments for signature bonuses in the oil fields.

It also disclosed at the time that 33 awardees did not make payments during the 45 days window given to successful bidders to pay the required signature bonuses for the oil fields and as such had lost their awards to suitably qualified reserve bidders.

Providing updates on the bid round in Abuja on Saturday, the chief executive, NUPRC, Gbenga Komolafe, announced that the successful awardees would get their licenses by Tuesday.

He said, “In fulfillment of the promise made early this year, the NUPRC, will on Tuesday in Abuja, issue Petroleum Prospecting Licences to successful awardees of marginal fields in the 2020 bid round, pursuant to the provisions of the Petroleum Industry Act 2021.

“This will mark the conclusion of some of the most urgent and critical tasks inherited by the commission when it was inaugurated in October 2021, after the signing into law of the PIA 2021,” he stated.

The commission had in March this year, informed all participants in the 2020 marginal field bid round programme that it had put all necessary machinery in place to progress the bid round exercise to conclusion in line with the PIA 2021. In furtherance of that resolution, the commission constituted an in-house work team to distill and address the concerns of awardees with a view to close out issues affecting multiple awardees per asset and formation of special purpose vehicles by awardees in line with the respective letters of award.

A Peep To The Exercise

The defunct Department of Petroleum Resources (DPR) in June 2021 announced that it had concluded the 2020 marginal oilfield bid round, the first near successful bid since 2003 when 24 assets were put on offer.

The process, which culminated in the presentation of letters to the bid winners in Abuja by the then industry regulator, started in June 2020, with 57 marginal fields spanning land, swamp and offshore put up for lease by the federal government.

However, during the bid round, the DPR stated that 161 successful companies were shortlisted to advance to the final stage. Those shortlisted were selected from 591 entities that applied for pre-qualification.

It was a big win for local oil and gas companies, which had a good outing during the ceremony as 100 per cent of the beneficiaries of the exercise were indigenous entities.

Nigeria last conducted marginal field bid rounds in 2003, with 16 of the fields now contributing just two per cent to the national oil and gas reserves, a figure the DPR said would be substantially boosted by the latest exercise, worth about $500 million in signature bonuses.

At the presentation of letters to the winners, then DPR Director, Mr. Sarki Auwalu, stated that a total of 591 firms submitted expression of interest forms, out of which 540 were pre-qualified, while 482 were bids submitted by 405 applicants.

He said: “In the end, 161 companies were shortlisted as potential awardees, out of which 50 per cent has met all conditions and therefore eligible for awards today. We are set to ensure opportunities are extended to other deserving applicants to fill the gap.

“The DPR is not just a regulator, we are an opportunity house. We drive creativity and transformation and we use these in all of our activities. This is done in the overriding national interest.”

According to him, the bid will enhance economic growth, increase Gross Domestic Product (GDP) and create employment.

He said government’s desire was for the awardees to hit “first oil” in record time, adding that a technical workshop will be organised with all bid winners for guidance on field development and operations.