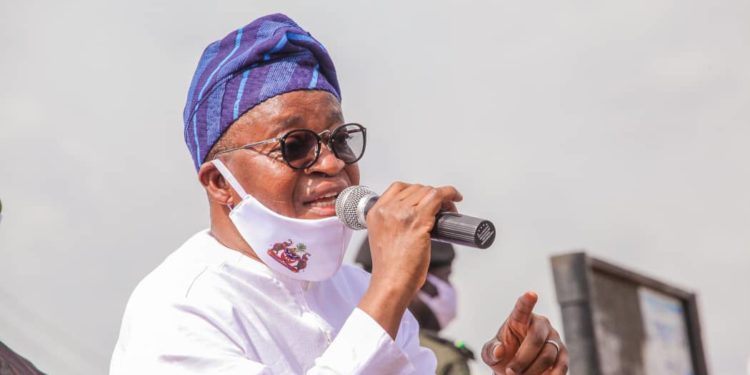 Osun State Governor Adegboyega Oyetola has assured the electorate that he will never betray his conscience in fulfilling his campaign promises to the people, if re-elected in July 16 governorship election in the state.

Oyetola said the falsehood being peddled around by the opposition parties that he would not fulfil his campaign promises, when re-elected, should be disregarded. The governor said this during an engagement programme with members of Osun State Automobile Technician Association, yesterday in Osogbo. Represented by his special adviser on Civic Engagement, Mr Olatunbosun Oyintiloye, Oyetola said his journey into politics was for service delivery and not for personal gain or deception.

The governor, who specifically assured civil servants and retirees in the state of his commitment to their welfare, urged them not to fall into the antics of the opposition parties.
Oyetola said since the beginning of his administration in the last three and half years, he had not reneged on the payment of pension and salaries of workers.
The governor, who said he would still do more in his second term, urged the electorate not to allow desperate politicians to deceive them.

Muslim Lawyers Threaten To Break Away From NBA Over Marginalisation