by Felix Igbekoyi
in News, Education
0 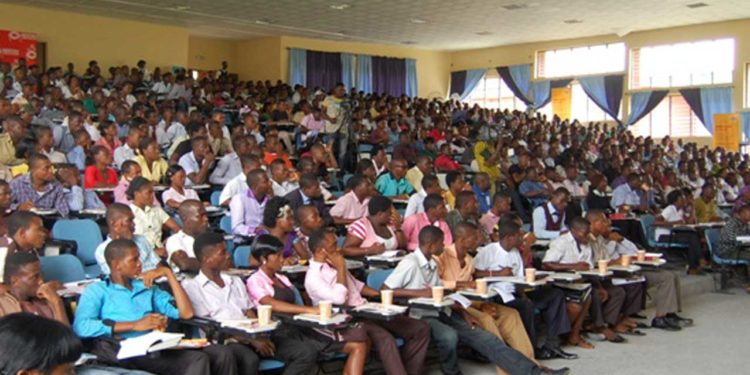 Provost of the Federal College of Education (TECH), Asaba, Dr Josephine Anene-Okeakwa has lamented the dwindling students’ enrollment as a result of several tertiary institutions existing in the state.

She stated this at the weekend during the activities marking the 3rd anniversary of her assumption of office, regretting that the situation has contributed to the poor internally generated revenue, as well as the issue of security and vandalisation of school properties.

Anene-Okeakwa while stressing the need for Colleges of Education to remain focused in upholding the standards of education and raising generations of leaders capable of reviving the fortunes of the country said the college had never had cause to worry about the issue of cultism, as students had remained compliant with the rules of the college.

She said the War Against Indiscipline launched in the college on assumption of office in May 2019, had entrenched discipline, diligence, comportment and sanity in the institution.

The provost listed other awarded projects to include, renovation of business auditorium and block of classrooms in the school of science, construction of generator house and offices and fencing and beautification of home economics complex, as well as other capital projects.

Anene-Okeakwa said the college has been an egalitarian society, where everyone has fair and equal opportunities, as the administration has been all- inclusive, maintaining an open-door policy, propelled by team spirit.

She said there has been industrial peace, harmony and mutual understanding between staff and unions in the institution owing to the transparency and sincerity of the school management, stressing that staff of the college has benefitted from TETFUND sponsored staff training and development within and outside the country, as well as TETFUND interventions in manuscripts publications and research works.

The state chairman of the Nigeria Union of Journalists (NUJ), Comrade Mike Ikeogwu stressed the need for everyone in the socialisation process of a child, including parents and the teachers, to play their roles in raising citizens who would protect the future of the country. He commended the provost for the transformation of the college and congratulated the school on the anniversary.