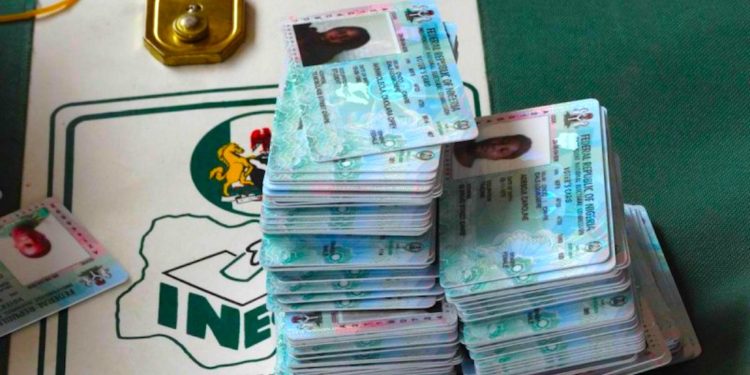 There were fear and apprehension on Wednesday at some major markets in Lagos State, as the traders shut their shops and besieged the local government offices of the Independent National Electoral Commission (INEC) to get their Permanent Voter Cards (PVCs) as instructed by the leadership of the market ahead of the 2023 general election.

LEADERSHIP checks showed that the markets were closed down to enable traders to go for their voter cards.

The traders, especially from Lagos Mainland and its environs, besieged PVC centres, defying sun and rain for the voter registration exercise.

Buyers, who had gone to the market to procure foodstuffs and other items across Lagos, experienced difficulties doing so as the traders informed them of the decision of the market leadership to shut down the markets for two days to obtain their PVCs before the July 31 deadline.

According to them, the decision to embark on a two-day suspension of business activities in the markets for the PVC registration and collection was taken to prevent their members from being affected by the July 31 deadline announced by INEC.

A trader who spoke on condition of anonymity said the directive to mobilise the traders to get their PVCs was taken in a meeting of market leaders in the state led by the Iyaloja -General of Lagos, Mrs. Iyabo Tinubu-Ojo.

“The Iyaloja has told the market leaders to mobilise the traders to collect their PVCs, that is why we did not open our shops today. In fact it has caused apprehension in the markets because many of the traders and buyers were not aware before coming to the market to sell and buy things,” he said.

Commenting on the development, the Babaloja of Alaba Rago Market 1, Ali Malami, said the traders considered the PVC collection and registration important to the ongoing electoral process and decided to put their business activities on hold.

Malami explained that 24 hours would have been assigned for the exercise but that it was extended to Thursday to allow everyone to complete their exercise before returning to their businesses.

He noted that many of the traders do not often have the time to go for the exercise due to demands for goods and services from customers, who have completed their voter registration exercise.

It would be recalled that Lagos State government had also approved a four-day work-free exercise for workers to obtain and complete their registration exercise within their communities across the state.