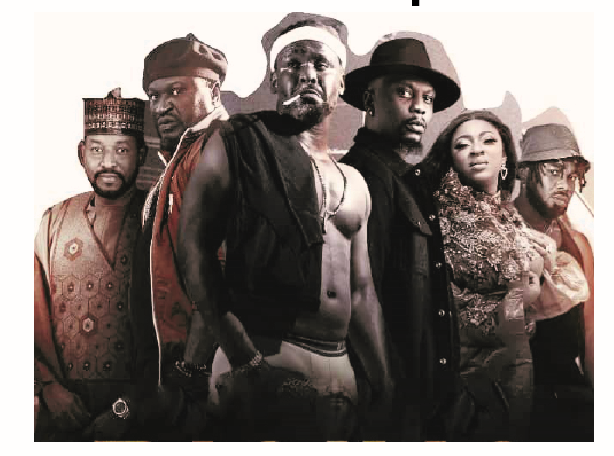 There is palpable joy in Dickson Edward’s Aulmedia Studios following the recent ranking, which classified its newest production, ‘Rising: City of Dreams’, as one of Nollywood’s most anticipated productions in 2022.

The recent ranking is coming on the heels of an online poll organised by Nollyfans Cluster, an initiative, where keen observers of the Nigerian film industry vote to express their feelings about issues in the sector. In the poll, ‘Rising: City of Dreams’ slated for release on December 9, 2022, came tops as one of the six movies online respondents are enthusiastic to watch before the end of 2022.

Directed by Samuel Olatunji and produced by Wale Muraina, the film highlights the blood-soaked rivalry driven by greed as two groups in a fictional market engage each other in a bitter war of brain and brawn over the succession arrangement in the leadership of a market, heralding an outburst of gangsterism, typical of the Nigerian political environment.

Recounting the film as timely, Aulmedia Studios’ founder, Dickson Edward, said the film employed all the elements of real life socio-political existence in Nigeria to create an entertaining dramatic package. “I am not surprised at the eagerness Nollywood fans and stakeholders have shown in the film. It is packed with a lot of messages and will bring lessons and entertainment to the audience when it opens on December 9.

It is a star-studded film, dominated by great talents from both the movie and music sectors. I urge the general public to note the date in the diaries as we begin the countdown.”

‘Rising: City of Dreams’ was shot at various locations in Oshodi, a Lagos metropolis notorious for gang-related skirmishes.