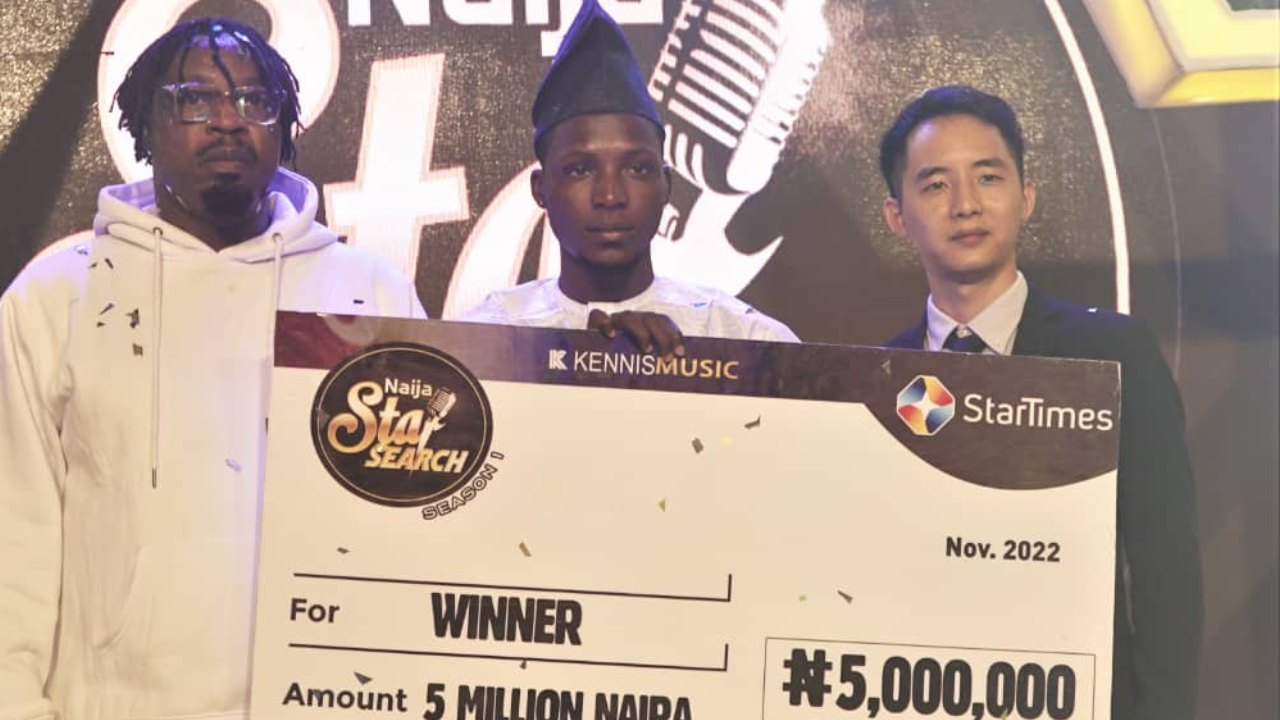 After three months of drama, intrigues and electrifying performances by the contestants in the first Nigeria’s afrobeats contest and talent hunt, ‘Naija Search Talent’, Skimzo has emerged the winner.

Skimzo, the unassuming and talented budding star in the making, defeated Eniola and Melo in the grand finale.

Those who made it to the Top 6 included Khaleed, Black Bella, Kachi, Melon, Skimzo and Eniola, and eventually the Top 3, respectively.

The Top 3 finalists were Skimzo, Melo, and Eniola. Skimzo battled to get the winning prize of N5million while the 1st runner-up, Eniola, got N3million and second runner-up, Melo, won N2million.

The winner of the maiden Naija Search Talent, Skimzo, is a 27-year-old indigene of Oyo State with real name Opeyemi Lateef. He is a singer and songwriter.

Eniola, who became the 1st runner-up, is 22-year-old from Ogun State. She used her real name as her stage name during the contest. She is a versatile vocalist, songwriter and performer.

The 2nd runner-up, Melo, whose name is Okubadejo Ayomide, is 21-year-old.

The judges noted that they got from contestants’ originality, street credibility, and creativity that can soar them to a global stage. The judges turned coaches also worked with them, providing mentorship to finetune their original songs.

Naija Star Search is a collaboration between StarTimes Nigeria and Kennis Music toward preserving Afrobeats genre of music.

The talent show was broadcasted every Sunday at 8pm on ST Nollywood Plus, ST Nollywood, ST Yoruba channels on StarTimes, StarTimes-ON mobile app and also on YouTube channel.