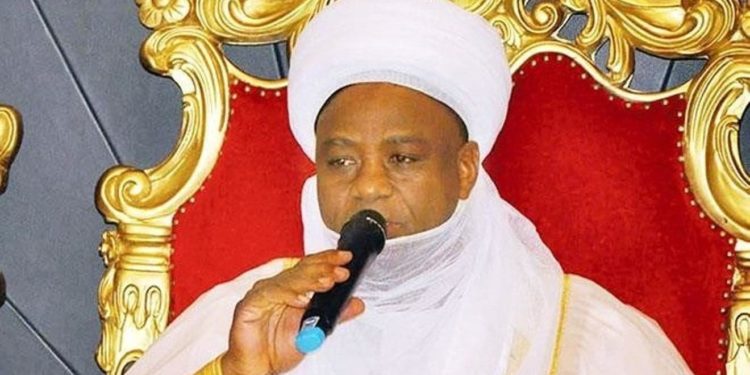 The Sultan of Sokoto, Alhaji. Sa’ad Abubukar III, Borno State governor, Prof Babagana Zulum, and the former Chief of Army Staff (COAS) Ambassador Lt. General Yusuf Buratai are among other dignitaries expected to grace the Arewa House symposium on security scheduled to hold on the 11th June, 2022 at the famous Arewa House, Kaduna.

The director, Arewa House, Centre for Research and Historical Documentation, ABU, Zaria, Dr. Shuaibu Shehu Aliyu, who disclosed this while briefing newsmen in Kaduna said Ambassador Buratai would be the guest speaker while Governor Zulum would chair the occasion.

He said, the one-day symposium has the theme: Politics and Insecurity In Nigeria: Way Forward” with the Sultan of Sokoto serving as the Royal Father of the day.

According to the director, “We have been engaging on issues that are of intellectual discourse especially on critical issues that are of importance to Nation building. So we resolved to hold a one day symposium and the former Chief of Army staff Ambassador Lt. Gen. Tukur Yusuf Buratai, to come and talk to us on the topic ‘Politics and Insecurity In Nigeria: Way Forward.’ next week Saturday.

“The symposium will have the Governor of Borno State, His Excellency, Professor Babagana Umara Zulum as the Chairman.

“We have also selected some discussants that will help discuss the paper that would be presented by the former chief of Army Staff because we need a thorough and well-articulated outcome from the lecture.

“From the academia, we have selected Prof Sadiq Muhammed from the department of Political Science, Ahmadu Bello University, Zaria, Kaduna State commissioner for Internal Security and Home Affairs, Samuel Aruwan to discuss the paper.”

Aliyu further said, governors of states affected by the ravaging insecurity and other relevant stakeholders including Emirs are expected to participate in the symposium which is aimed at proferring solution to the menace.