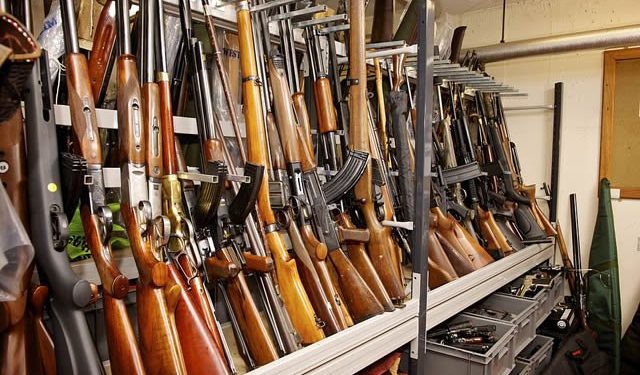 Section 14(2)(b) of the 1999 constitution (as amended), states that “the security and welfare of the people shall be the primary purpose of government, and the participation by the people in their government shall be ensured in accordance with the provisions of this constitution.”
Article 3 of the Universal Declaration on Human Right states that everyone has a right to life, liberty and security. Equally, the African Charter on Human and Peoples’ Rights (the Charter) Article 4 enshrines the right to life of, “…human beings are inviolable. Every human being shall be entitled to respect for his life and the integrity of his person. No one may be arbitrarily deprived of this right…”

The right to life is amply provided for in the 1999 Constitution of Nigeria (as amended) in Sec 33, which clearly states that every person has a right to life and no one shall be deprived intentionally of his life, save in the execution of the sentence of a court in respect of a criminal offence of which he has been found guilty in Nigeria.

For several years now the governments of Nigeria have failed to meet their responsibility in this regard as enshrined in Section 14(2)(b) of our constitution. If they had done the needful, no way will Boko Haram have succeeded in killing over 40,000 Nigerians, and displacing 2.5million internally and another 200,000 as refugees in Niger Republic.

If government had done its duty, there would not be 100,000 children orphaned by the insurgency, with several towns and communities destroyed by these awful terrorists and bandits. We will not have the Owo Church Massacre in Ondo State and killing of worshippers in a Mosque in Niger State.

If the aforementioned section had been enforced by successive governments including the present one, we will not have unknown gunmen running amok in the South East beheading people at will.
Our farmers would have been free to go to their farms without fear of being killed; they would not have to pay bandits to cultivate their ancestral lands or also pay to harvest their crops. If successive governments had not failed in their responsibility people will not fear to travel from Abuja to Kaduna by road or by train.

It is said that desperate times require desperate remedies. That is
what is happening in Zamfara State and would eventually become the norm nationwide, because, let’s be frank, no part of the country is safe. It has become clear that government cannot secure the people. So, it is logical that the citizenry bear arms in order to defend themselves and their families. No matter what anyone thinks, the era of self-defence has come and it is official too!

In a message titled, “Special Government Announcement,” and read by the commissioner for Information Zamfara State, Ibrahim Dosara, recently, the commissioner announced that; “Following increase in the activities of bandits in various parts of the state and the government commitment to ensure adequate security and protection of lives and property of the citizenry in the state, particularly during this rainy season, government has resolved to take further measures to deal with the recent escalating attacks, kidnapping and the criminal levies being enforced on our innocent communities. This act of terrorism has been a source of worry and concern to the people and government of the state.

“Government is ready to facilitate people, especially our farmers to secure basic weapons for defending themselves. Government has already concluded arrangement to distribute 500 forms to each of the 19 Emirates in the state for those willing to obtain guns to defend themselves.”
Dosara asked those who are qualified and willing to own guns to reach out to the state commissioner of police and obtain gun licences after satisfying the necessary criteria. Beyond obtaining guns, the state government has also ordered for the recruitment of 200 additional Community Protection Guards in each of the 19 emirates of the state.

Additionally, Governor Mohammed Matawalle ordered that all markets within the Mada, Wonaka, and Ruwan Bore Districts of Gusau local government, as well as Yansoto emirate in Tsafe local government area to be shut, while motorcycle operations have been banned.
Similarly, Benue State governor Samuel Ortom said since the agenda of the terrorists is to kill all people of the state and occupy their land, the indigenes of Benue should defend their communities in any way they can. The governor was reacting to the increase in attacks and killing of Benue citizens by alleged herdsmen militia across the state and urged all citizens to arm themselves and be alert to kill anyone who invades their communities before they get killed themselves.

He said, “Let no one take our being law abiding for weakness; enough is enough. If the herdsmen are carrying AK-47 to defend themselves, other citizens should do the same to protect themselves. We cannot allow ourselves to be seen as second-class citizens in our fatherland.
“We thought the federal government which is in charge of all the security architectures in the country would come to our aid but from the look of things, the federal government is overwhelmed. We know what to do and now is the time to do what we know.”
It is obvious to any discerning mind that to fight the present insecurity bedeviling the country there has to be a paradigm shift.
The reasons for this are in plain sight. Nigeria, a country of over 200million people has an estimated 370,000 police personnel, while the armed forces of Nigeria is estimated to be about 223,000 active personnel. The Nigerian military is one of the largest uniformed combat services in Africa.

According to Global Firepower, the Nigerian Armed Forces are the fourth-most powerful military in Africa, and ranked 35th on its list internationally. Yet these numbers are not enough to deal with the level of insecurity in the country.
That is probably why the Zamfara State and Benue State governments are thinking outside the box to confront terrorism perpetrated by Boko Haram, ISWAP, bandits, killer herdsmen and others.

Most of the police are in urban centres, with very few men in local areas and rural farming communities, so the people in the villages are virtually left on their own. That is why gunmen could easily storm farming communities killing, looting and raping women at will.
The gunmen operate with impunity because they know that the local people are unarmed. Provide weapons legally to these folks and bandits and other criminals would think twice before invading any farming community in the country.

What Zamfara is asking for is already in existence. Many states now have armed vigilantes. Perhaps what is needed is to get them to be trained to handle licensed guns that have the capacity to confront the terrorists wielding AK47. We must note that the right to self defence is a fundamental human right and must be exercised by the citizens in this case where the government has proven to be incapable and unable to do so. As a result, responsible governments like that of Zamfara and Benue may not have any other choice than to ask their people to buy guns to confront the terrorists. This country cannot continue to be terrorized by these outlaws while the citizens just standby helplessly.