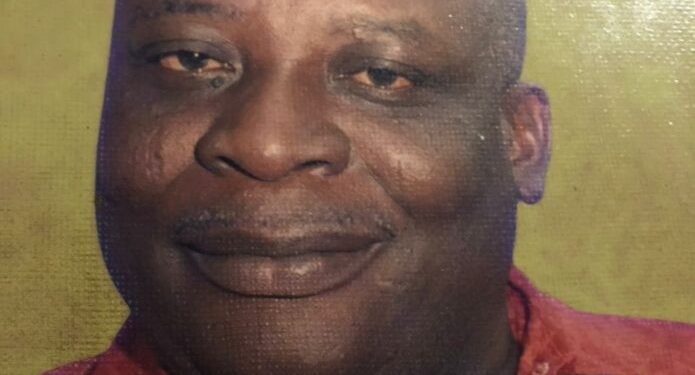 Inna Lillahi Wa’inna Ilaihir’raji’un. It is with total submission to Almighty Allah (SWT) that I wish to on behalf of friends and contemporary professional colleagues announce the death of a close and dear friend, confidant and role model veteran journalist, Alhaji Abdulhamid Babatunde Agaka, FNGE.

He died in his sleep on Thursday 28th July, 2022, at his residence along Mali Crescent, Malali, Kaduna, where the funeral prayers for the repose of his soul were held in the morning and was later buried at a public cemetery in Kaduna. It would be recalled that the seasoned journalist and media consultant, had lost his first and former wife, Salamatu Babatunde, last month

With passion for journalism, he joined the service of the New Nigerian Newspaper based in Kaduna, in 1974.

He was a Correspondent (State Editor) of the New Nigerian Newspaper in Kano State from 1980 to 1984. The vibrant journalist effectively covered the socio-economic and political developments of the cosmopolitan, commercial, cultural and religious state and wrote news stories and articles on the people and events of Kano State at that time.

Abdulhamid Babatunde was transferred back to Kaduna in late 1984 and became the News Editor and later Associate Editor (News) of the New Nigerian before joining the Democrat Newspaper as an Editor in 1988 and later the Editor in Chief. When the newspaper ceased publication in the 1996, he went into Media Consultancy and established Slim Jenkins Media Services a professional consultancy firm, offering qualitative media, editorial, publicity, training, advertisement and related communication services for print, electronic, web and public enlightenment formats to corporate and individual clients.

Abdulhamid Babatunde Agaka, who attended several media trainings, workshops and conferences at home and abroad, is an alumnus of the Nigerian Institute of Journalism, Lagos which he attended 1976-1978

An active member of the Nigeria Union of Journalists, NUJ, in Kano (1980 to 1984) the late Editor was later inducted into the Nigerian Guild of Editors, NGE, where he was once the Vice President (North) of the Guild. Abdulhamid was awarded a Fellow of the NGE.

Alhaji Abdulhamid, who was once the Secretary of the Jokolo Committee set up by then President Olusegun Obasanjo, in 1999, is survived by four children: Ahmad, Maryam, Halima and Abdulhamid (Jnr).

He is also survived by other siblings including Malam Ismail Ila Agaka, a former Managing Director Nigeria Social Insurance Trust Fund (NSITF) and Ilyasu Baba Agaka, a Director at the Presidency among others.