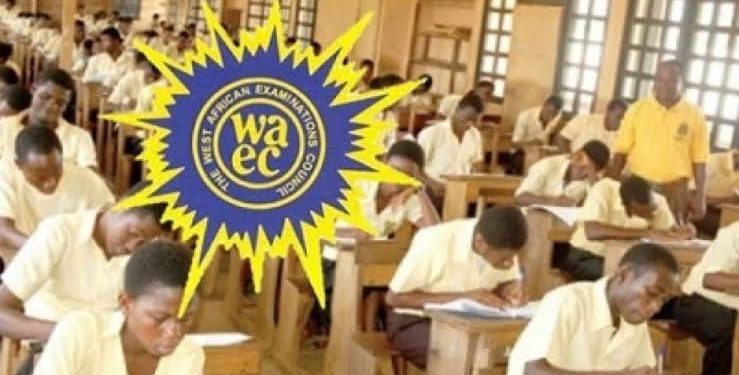 The regional examination body said a total of 1,222,505 candidates, amounting to 76.36 per cent of the 1,601,047 candidates that successfully sat the examination, obtained credits and above in a minimum of five (5) subjects, including English Language and Mathematics subjects.

The statistics represent a decrease of more than five per cent in performance when compared with the 81.7 per cent pass rate recorded in 2021.

“Efforts are, however, being made to speedily complete the processing to enable all the affected candidates to get their results fully processed and released within the next one week,” he said.

He, however, noted that the results of 365,564 candidates, representing 22.83 per cent of the total number of candidates that sat for the examination, were being withheld in connection with various cases of examination malpractice.

He linked the high number of such cases to the poor preparation by candidates, saying “preparations for examinations are poor.”

He further said there was over-reliance on malpractices and “the so-called ‘Expo,” which he noted is actually non-existent.

“Candidates simply got frustrated when they got into the examination hall and discovered that all they had celebrated was fake. This has pitiably led to some of them failing the examination, which if they had relied on themselves and studied hard, would have passed like many others,” he said.

He pledged that the Council will continue to sanction all cases of examination malpractice and that schools, supervisors, teachers and candidates found guilty would be dealt with according to the laws of the country.

“It is the child whose future is being destroyed. Parents must stop funding ‘expo’ for their children; it does not help. Those who indulge in posting items on designated platforms are nothing but destiny destroyers. Beneficiaries of such ‘help’ will never go unpunished as they will never have their results. All hands must be on deck to sanitise the system,” he stated.

Meanwhile, the examination body complained of the impact of insecurity on the conduct of the examinations, revealing ugly experiences in both the South-eastern and North-western regions of the country.

Areghan, however, thanked the security operatives and officials of WAEC for their commitment and dedication throughout the period the examination lasted.

He added: “As usual, we were faced with the Herculean task of conducting the examination in a harsh environment, given the current insecurity in the country, with the numerous cases of banditry, kidnapping and insurgency.”