by Patrick Ochoga
in News, Politics
0 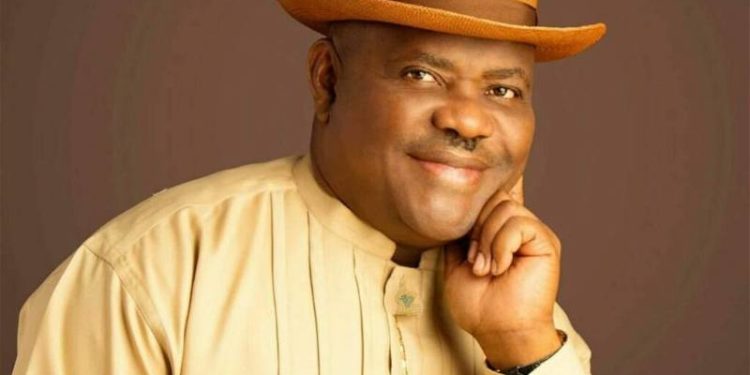 A group, Edo Political Alliance (EPA) said following Governor Nyesom Wike’s show of bravery and commitment to change the political status quo, he deserves to be rated as the number one political leader in southern part of the country.

The group based its position on what it described as the governor’s impressive outing at last weekend’s Peoples Democratic Party (PDP) primaries where he narrowly lost to former Vice President Atiku Abubakar.

In a statement made available to LEADERSHIP in Benin by the convener of the group, Ambassador Curtis Eghosa Ugbo, the group described Wike as “the lion of the southern region who dare to successfully challenge the Northern political oligarchy who hitherto had the feeling that they can step on politicians from the southern region with ease.

“Governor Nyesom Ezenwo Wike by his bravery and confidence in throwing his hat into the ring during the Peoples Democratic Party (PDP) presidential primary has sent a clear warning signal to the ‘born to rule’ proponents from the northern part of the country that the country’s political game can never remain the same.

“We particularly noticed that throughout his nationwide campaign/consultation with his party members Governor Wike never spoke with fear, he was often addressing the issues at stake with pure honesty.”

Going further, EPA warned those who derive pleasure in thumping their chest to lay claim to being leaders of the southern region (comprising south west, south south and south east) to steer clear as Governor Wike with his heroics has taken over from them all.

“Henceforth, we will recommend that Governor Wike should be honourably addressed as the Political Leader of the Southern Region of Nigeria. He has done enough to earn the title.

“In fact, if not for betrayal by some southern politicians in cahoots with the Sokoto State Governor Aminu Waziri Tambuwal, Governor Wike would have easily won the PDP presidential ticket last weekend,” it said.

EPA stated that in a couple of weeks from now they are planning to pay Governor Wike a most deserved visit when they will bestow on him the well-deserved recognition of ‘Political Leader of Southern Nigeria’ because he is a man that means well for Southern Nigeria.

3 Years Of Governor Inuwa's Saddle In The Savannah