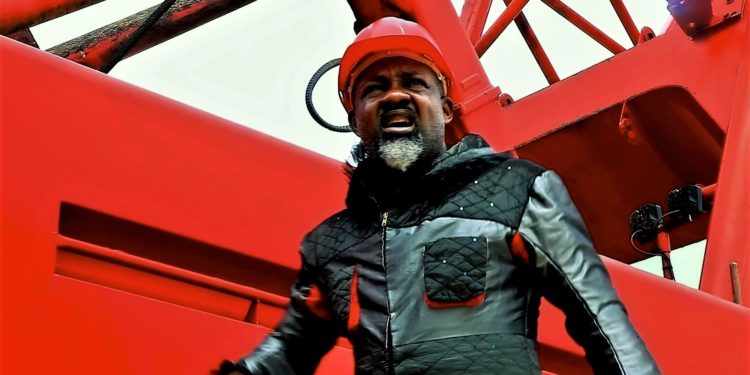 The artist revealed he is working on the Afrofuturistic film during the exhibition of his ten-year environmental and socio-political project Blazing Century I, at the Thought Pyramid Art Gallery in Abuja.

Earlier at the exhibition Ukpong has announced that his studio in partnership with an American film company will make a commercial movie out of the exhibition said it is the type of sensational story people can tune into, contrary to the artistic film on Blazing Century 1 which was literally slept on by Nigerian viewers.

“I have done the artistic film which accompanied the exhibition. I am going to do something commercial. This does not represent me as an artist, but as a filmmaker. This is about gravitating to the filmmaking realm and to see how to create a commercial work that has an Indie kind of artistic work that has a mainstream appeal. But I know if you tell a sensational story (particularly when you go commercial) people will tune in.

“Nigerians will be attuned to that once it is acknowledged to be made by my film studio Blazing Century Studio, Heaven, Texas US, in partnership with films companies in the US. When Nigerians know the work is talked about outside the country, and shown in foreign cinemas, they will go see it,” said Ukpong.
Metaland combines the spiritual, physical and virtual worlds.

“Meta in the Yoruba context means three. Meta is also from Facebook’s metamorphosed state Metaverse, a virtual reality. It is a world where you have this virtual, and physical component. The fusion of these two worlds culminates in this third world (Metaland) that I am talking about,” said Ukpong.